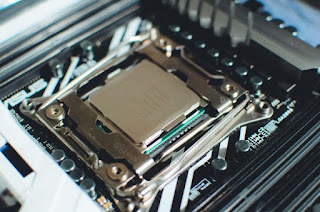 Intel says that it intends on making the Resizable BAR feature available via 11th generation Rocket Lake CPUs. The PCIe feature, which is used to expand the data channels between the CPU and GPU, has seen growing interest since AMD’s Radeon RX 6000 series launch last year.

To recap, AMD announced that its support for the feature in the form of Smart Access Memory, or SAM for short. While similar to the Resizable BAR feature, SAM is system-specific in that it only works when a Ryzen 5000 series CPU is paired with a Radeon RX 6000 series graphics. The feature has already been proven to work, especially in several titles that benefit from AMD’s hardware.

Unsurprisingly, it wasn’t long until its rival, NVIDIA, announced that its Ampere-based GPUs would support Resizable BAR, with its recently announce GeForce RTX 30 Series mobile GPU being the first of its kind to support it. 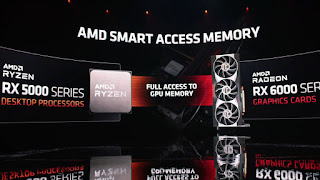 To be fair, this isn’t the first time that news regarding Intel and the Resizable BAR feature has made the headlines. Back in December, a Japan-based tech site claimed to have successfully gotten the PCIe feature to work between a Radeon RX 6800XT and an Intel Z490 motherboard, albeit with a firmware flash to the motherboard. Upon activating the feature, the editor of the site did note an overall improvement in framerates for select game titles, across the board.
at February 15, 2021
Email ThisBlogThis!Share to TwitterShare to FacebookShare to Pinterest
Labels: 11thGen, BAR, Intel, MakeResizable, RocketLakeProcessors