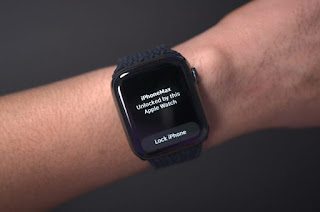 Apple released the developer beta of its upcoming iOS 14.5 update earlier this week, which has introduced several new features as previously reported. According to 9to5Mac, the beta has recently made available to the public on both iPhone and iPad devices.

Just in case you missed it, one particular highlight included in the iOS 14.5 beta is a feature that allows users to easily access their iPhones while wearing a mask. This somewhat acts as a two-step verification approach, where the user is required to unlock their Apple Watch first and then their iPhones via a “watered down” FaceID scan. Naturally, you would need an Apple Watch that is running the WatchOS 7.4 beta in order to use this feature. 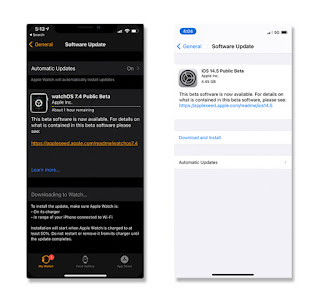 Users participating in the Apple Beta Software Program may update their iOS or iPadOS to the version 14.5 via the Settings app. From there, simply tap on Software Update and then install the latest beta. Meanwhile, to get the WatchOS 7.4 beta, head over to the Watch app on your Apple mobile device, tap General, and then Software Update. Keep in mind that these updates may not appear immediately for your device, so do check for its availability regularly.
at February 06, 2021
Email ThisBlogThis!Share to TwitterShare to FacebookShare to Pinterest
Labels: 14.5Beta, Available, iOS, ipadOS, WatchOS7.4Beta