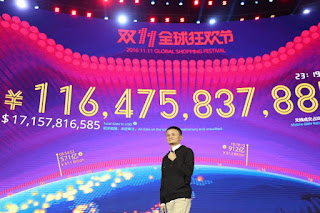 According to a deal brokered with Chinese regulators, Jack Ma’s fintech firm Ant Group will be transformed into a financial holding company, making it subject to capital requirements just like banks. Bloomberg first reported on the agreement, and, citing unnamed sources, said it would place all of Ant’s businesses into the holding company, including its blockchain and food delivery offerings.
Bloomberg’s sources said the plan could be officially announced before the Chinese New Year holiday next week. This would represent a significant turnaround for Ant Group, which (along with famous sister company Alibaba) had been under intense scrutiny by Chinese authorities since Ma made critical remarks about Chinese regulatory system last year.

Chinese regulators famously scuttled Ant Group’s much-anticipated IPO in November. Then they demanded that the company return to its roots as a payment services provider, apparently unhappy that it had branched out into consumer loans and wealth management. In the recent weeks, they’ve ordered the firm to rectify its businesses and comply with regulatory requirements, leaving the door open for the resumption of the IPO if demands are met.

Indeed, a source told Bloomberg that Ant Group is exploring ways to resume its IPO. But given that various new financial regulations are still being rolled out  in China, the timeline on that isn’t clear. Ma himself has diligently kept out of the public spotlight, only resurfacing recently to address teachers.