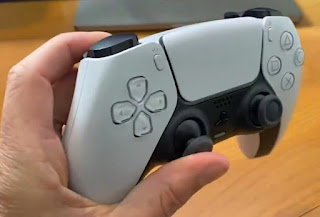 Chimicles Schwartz Kriner & Donaldson-Smith LLP (CSK&D), the firm that filed a lawsuit against Nintendo and its drifting Joy-Con controller, recently announced that the law firm is looking into a potential class-action lawsuit against Sony. More specifically, the lawsuit is aimed directly at a drifting issue involving the PlayStation 5’s (PS5) DualSense controller.
The firm is currently reaching out to affected PS5 customers who have or are currently experiencing said drifting issues via an online form on its page. Several complaints indicate that the DualSense controller either suffer from joystick drifting issues or just fail prematurely.

In regards to the former issue, some PS5 owners are reporting their DualSense controllers automatically registering movement, even when the joystick is not being controlled. Naturally, this can lead to some form of hindrance and interference in while gaming and as such, it’s unsurprising that these individuals would want to air out their grievances to Sony.

As mentioned earlier, this isn’t the first time CSK&D has handled a case involving faulty controllers. Back in 2019, the firm filed a lawsuit against Nintendo of America over drifting Joy-Con controllers. Ultimately, the court decided to put the case into arbitration, although, at the time of writing, CSK&D says that it is still looking for someone to help them settle the dispute.