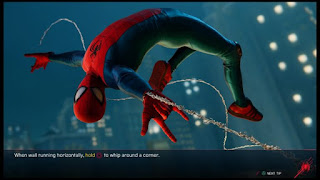 The screenshot you see above was taken during a loading screen of Marvel’s Spider-Man: Miles Morales. Specifically, the PS4 version of the game. As is pretty common on loading screens, the game displays tips on playing the game, mostly reminding you of commands that are available at your disposal.

And as far as features go, it may as well be an exclusive to the PS4 version of the game. This is because the PS5 version of Marvel’s Spider-Man: Miles Morales does not have a loading screen. And this is because the load times are so short, it’s not practical to expect anyone to be able to read them in that time.

Such is the promise of the new generation consoles. Specifically, their use of SSDs as their storage medium promises to virtually eliminate load times. And it’s one promise that’s definitely delivered in Marvel’s Spider-Man: Miles Morales. With the game having both PS4 and PS5 versions, it’s quite easily compared. 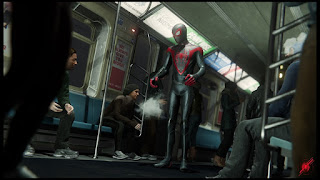 Now, going as far as to say that there are no load times at all would be me fanboying over Sony Interactive Entertainment’s latest console. Because it’s not exactly true, and you’ll still have to do some waiting. That being said, the longest you’ll ever need to wait as far as loading is concerned is two seconds. At least for this game on the PS5.

Things are a little different on the PS4. The average wait time every time you do something that requires loading is about 17 seconds. This ranges from restarting from checkpoints to fast traveling. Do the former, and you’ll be greeted with the screen you see at the start of this article. The latter will see Miles entertain Spider-Man fans in the subway while you wait.

Of course, the difference in Marvel’s Spider-Man: Miles Morales between console generations is more than just the load times. One other improvement is the contextual controller rumble. This is naturally a hardware limitation, as the mechanics of the rumble motor in the DualShock 4 is not as complex as the haptic feedback hardware in the DualSense. 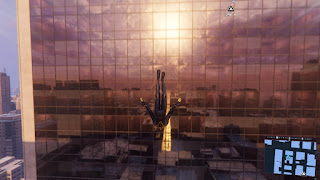 That being said, the game does try to have a comparable experience on the controller rumble front for both console generations. While there’s no beating the DualSense’s better rumble frequency range, at least you’re not missing out completely on the contextual rumble with the DualShock 4. It’s not a night-and-day difference in the heat of combat either, but you’ll definitely feel the difference in rumble quality while you’re casually swinging around between the buildings of New York.

The same can’t be said about the adaptive triggers, since there’s nothing like it on the DualShock 4. And it really adds to the web-swinging experience as the tension on the R2 button changes depending on your swing. It’s definitely a missing element on the PS4 version of the game. 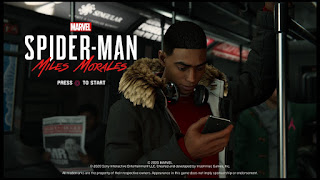 Above is a screenshot from the PS4 version of the game. Below is one from the PS5. 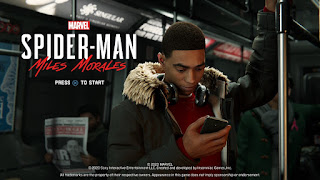 Of course, it wouldn’t be a new console generation without better graphics. But believe it or not, this is probably the least noticeable improvement there is in Marvel’s Spider-Man: Miles Morales. The game is very well done in this department even on the PS4. As a result, you probably won’t notice the difference on the PS5 version, unless you’re standing around and taking the scene in. Then you’ll probably notice that scene looks flatter on the previous generation console. 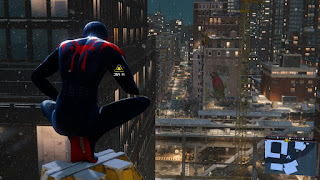 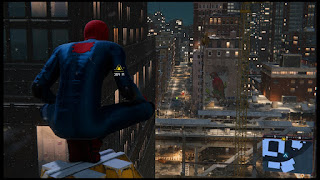 When you’re swinging around, you’ll notice better reflections on the PS5 version, even in performance mode. You’ll probably notice a greater difference between the PS4 version and the fidelity mode on the PS5. But the difference is so minor, it’s not really worth sacrificing that sweet 60fps for it. Speaking of 60fps, this is also not something that’s available on the PS4, version, as it’s stuck at 30fps. 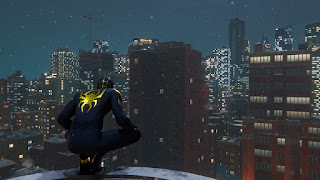 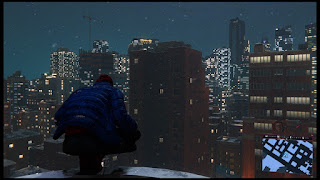 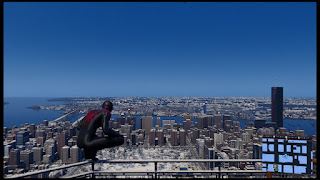 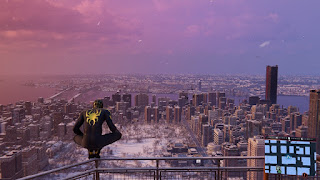 In conclusion, the difference between the PS4 and PS5 versions of Marvel’s Spider-Man: Miles Morales is pretty massive. The graphics are probably the smallest part of the improvements. If you’ve played the game on the PS4, it’s definitely worth the revisit once you get a PS5. And it also serves to show us what’s to come in the rest of this console generation.
at February 04, 2021
Email ThisBlogThis!Share to TwitterShare to FacebookShare to Pinterest
Labels: Experince, Marvel’s, MilesMorales, PS4, PS5, Spider-Man