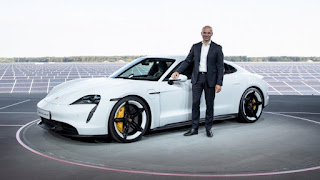 Leaks of Apple’s mysterious self-driving electric car, which it codenamed as Project Titan, continues to surface. Just recently, word has it that the company has poached a key Porsche personnel to join the development of the upcoming vehicle.
According to Business Insider, the supposed new addition to the project’s team is Dr. Manfred Harrer (pictured above), Porsche’s Vice President of Chassis Development. He is well known for his involvement in the development of the automaker’s Cayenne series, as well as the all-electric Taycan model which debuted in late 2019. Before his career with Porsche, Harrer’s previous working experience included car companies such as Audi and BMW. 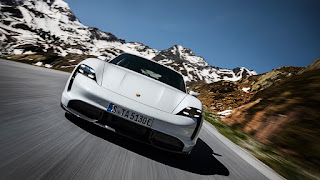 Sources told the news outlet that Harrer had departed from Porsche at the end of 2020 to join Apple, although this change has not been reflected on his LinkedIn profile. They added that his new role would also see an upward pay of a million dollars above his reported US$721,000 annual salary at the Germany-based sports car maker.

As for Project Titan itself, earlier reports have suggested that Apple is close to signing a deal with Hyundai subsidiary Kia Motors. The alleged partnership will allow the latter to manufacture 100,000 of the Cupertino-based tech company’s vehicles by 2024, through the Korean automaker’s facilities in the US state of Georgia.