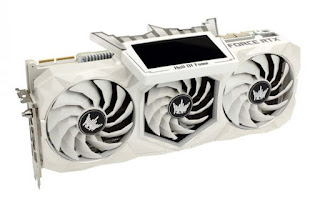 Two overclockers made waves in their community recently when they broke the overclocking record with the NVIDIA GeForce RTX 3090 graphics card. More specifically, they achieved the feat with the GALAX RTX 3090 HoF card.
The overclockers in question were OGS from HwBox Hellas OC team and Rauf from Alza OC. As per their submission on HWBot, OGS was successful in pushing the clockspeeds of his RTX 3090 HoF unit up to 2805MHz, with a true clock of 3015MHz. Rauf came in a close second with 2795MHz, with a true clock of 3000MHz. Both speeds were achieved using GPUPI version 3.2 1B and 3.3, respectively. Additionally, both overclockers were using an Intel Core i9-10900K.
OGS and Rauf’s victory with the RTX 3090 HoF is no small feat, by any definition of the word; by default, the RTX 3090 FE’s boost clock is set at 1.7GHz and even with third-party variants of the card, most of NVIDIA’s AiB partners barely push the card past 1.9GHz mark, let alone nearly twice the speed that these two overclockers managed to achieve. 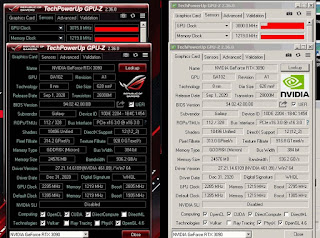 To be clear, the RTX 3090 isn’t the only GPU to be made to hit the 3GHz mark. Prior to this, overclockers also managed to make NVIDIA’s last-generation RTX 2080 Ti reach 3GHz, but that was only after the card had been on the market for more than two years. With the RTX 3090, the card is just barely half a year old.

On a fairer note, OGS and Rauf are not the only overclockers to break the record with GALAX’s RTX 3090 HoF. In total, the GPU brand counts 14 other overclockers that also broke records, in one form or another.