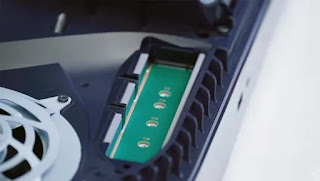 Back in November last year, Sony Interactive Entertainment said that the SSD expansion slot in the PS5 is “reserved for a future update”. Which is a complicated way of saying that it’s not available for use right now. That may change come summer, or some time between late June and late September.
Bloomberg reports that SIE will be pushing out a firmware update within that summer time frame. The update will come with optimised fans speeds for the PS5. But more importantly, it will also unlock the SSD slot inside the console. A Sony spokesperson says instead that “the timing has not been announced and details will be shared later”. 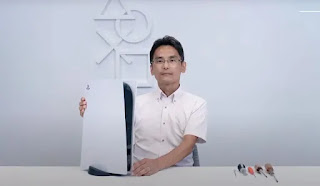 On one hand, this is great news. As spacious as 660GB sounds like, it’s ultimately not a lot. Especially not when two games in a single series can take up the bulk of it. But on the other, it’s not know yet if SIE has made significant progress with the certification of third-party SSDs.

Well, that and the fact that the PS5 isn’t exactly an easy console to get a hand of at the moment. But if you’re one of the lucky ones to own the console, then this may be the good news you’ve been waiting for.