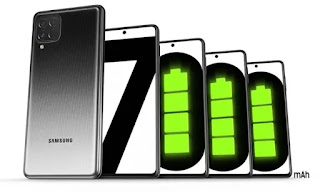 The Samsung Galaxy family in Malaysia is about to expand once again as the company is about to release the Galaxy M62 in our market next month. Known as the Galaxy F62 in India, one of the major attractions of the phone is its humongous 7000mAh battery.
Also equipped with a 6.7-inch Full HD+ Super AMOLED Plus display, the M62 is powered by Exynos 9825 which is the same processor that was featured on the Galaxy Note10 Series. The Malaysian unit is also equipped with 8GB of RAM and 256GB internal storage, according to the listing on Samsung’s official store on Lazada. 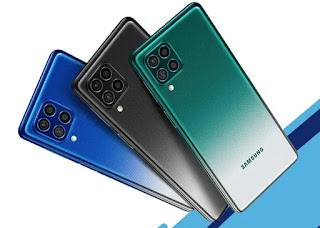 While Samsung didn’t mention the phone’s actual charging time, the waiting time to get back at least some of the phone’s 7000mAh battery capacity should not be that long since the Galaxy M62 supports fast chargers with a power rating of up to 25W. 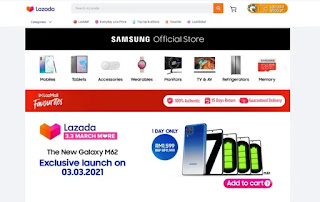 Price-wise, the Galaxy M62 goes for RM 1,999 but it will be made available for RM 1,599 during its Malaysian debut in Lazada on 3 March 2021. At the moment, it is not known whether the phone will be released through other retailers, so you may want to give a call to your favourite phone dealer if you are interested in getting your hands on the new Galaxy M62.