Reddit Investors Buy And Inflates GameStop Shares In The US; Sends Wall Street Into Frenzy 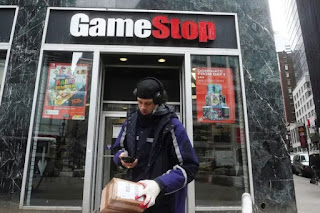 By now, you’ve probably heard about how a couple of Redditor investors interrupted the “nefariously evil plans” of Wall Street, how it nearly bankrupted a hedge fund and investors overnight, and how it also made some of the Redditors millionaires overnight.
Here’s the background: Back in April last year, GameStop told the world that it was planning to close hundreds of its stores. Adding insult to injury, its value on the stock market at the time was just under US$3 (~RM12).
Now, to be fair, GameStop’s woes technically began several years prior; even before the ongoing COVID-19 pandemic blindsided businesses around the world, its stock price began its death spiral nearly six years ago. On top of that, the company had bled a more than US$1.5 billion (~RM6.1 billion) over the last three years, and it’s even got a morbidly obese debt of US$500 million (~RM2.03 billion). Well, that and the fact that diskless consoles are becoming more popular and digital game sales have shot up over the last several years.
While this sort of news would typically serve as a caution for investors to stay away from GameStop shares, some Wall Street investors – one hedge fund that was deeply affected was a company called Melvin Capital – saw an opportunity to make money from the brick-and-mortar game store’s slow death by “short selling” its shares.
For the uninitiated, short selling, or “shorting”, is a process where investors and groups make money on stocks by betting on its failure or going belly-up. It’s a bit complicated and we’re not professional investors or financial analyst, but here’s as simple a breakdown as we can give: shorting usually starts with the investor informing their broker about their intentions. 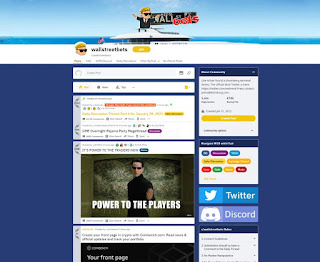 From there, the investors can ask (again, as an example) for 100 shares to be lent at US$10 (~RM40) per share. Once obtained, the investor then sells those shares at a price of US$1000 (~RM4053) and provides the broker with a date of when they’ll buy back and return the shares.

How the investor profits off the shorting process now hinge on the value of a stock in question taking a nosedive; if the stock value were to drop to, say US$1 (~RM4.05) in value, the investor can simply buy back those 100 stocks for just US$100 (~RM405), while retaining the profit of US$900 (~RM3650) it has made.

The long and short of it: so long as GameStop’s value continued to drop, short-sellers would profit. 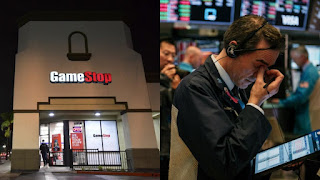 Unfortunately, the investors didn’t factor in a group of Redditors belonging to a sub-Reddit called “WallStreetBets” homing in on their plans. Months before GameStop’s sudden and steep rally in value, the group began buying up as much of GameStop’s share as they could. When word of Wall Street’s investors’ plan got out, they purchased enough of GameStop’s shares to increase the demand for its stock and that, in turn, increased the value of said stock.

The end result was the upward spiral and boom that saw GameStop’s share value rally as much as 1700%, peaking at US$480 (~RM1945) per share and closing at U$193.60 (~RM784). As for the short sellers, you probably already have a picture as to what happened; the event brought the total amount loss by short-sellers this month to a eye-gouging US$70 billion (~RM283 billion), while hedge funds like Melvin Capital required a US$2.75 billion (~RM11.15 billion) cash injection just to stay afloat.

Unsurprisingly, the rally of independent and small-time investors of WallStreetBets also sparked a local group to band together, creating a subreddit called “bursabets”, it’s name having been inspired by the original subreddit.