Samsung Galaxy A52 Press Renders And Specs Leak Ahead Of Launch 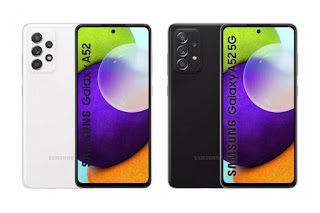 The press renders and specifications of the upcoming Samsung Galaxy A52 have been leaked online, courtesy of Winfuture. This comes just days after the leak of its larger cousin, the Galaxy A72, which was also provided by the same source.

Design-wise, there’s basically no difference between the Galaxy A52 and its predecessor when viewed from the front. This changes drastically when the phone is flipped over, revealing a new quad camera array that is housed in a “hump” that blends almost seamlessly with the rear case – much like the one observed on the Galaxy A72. If the consistency serves as an indication, it is quite likely that Samsung may also implement this design to its other upcoming mid-range releases and ditch the typical glass housing approach altogether.

All variants of the Galaxy A52 feature a 6.5-inch SuperAMOLED display with a resolution of 2400 x 1080 pixels, as well as including an in-display fingerprint sensor. WinFuture mentions that the display would have a high refresh as well, but did not mention specific rates. Earlier rumours have suggested that the 4G-only may feature a 90Hz refresh rate, while the 5G version could sport up to 120Hz. 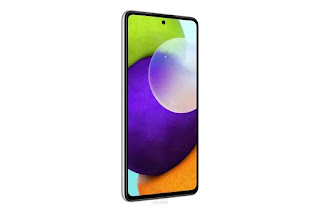 Both variants are said to be equipped with different chipsets. Specifically, the 4G version is believed to come with a Qualcomm Snapdragon 720G, while the 5G version is equipped with a Snapdragon 750G. However, it is also possible the models that will be sold in certain regions including Malaysia could feature Samsung’s own Exynos SoC instead. The company has recently been making a push for its in-house developed chip after all.

Continuing on. Winfuture says that the Galaxy A52 will feature up to 8GB RAM and 256GB of internal storage all across, but noted that the configurations may differ from one region to the next. Powering the phone is a 4,500mAh battery with 25W fast charging support via USB-C, which is somewhat a significant bump from its predecessor.

The new mid-ranger apparently comes with improved cameras as well, namely the 64MP main sensor on its back – which replaces the 48MP that was featured in last year’s model. Accompanying it is believed to be an 8MP ultra-wide, and two unspecified auxiliary shooters at 5MP and 2MP respectively. Situated in the punch-hole cutout on the phone’s display is said to be a 32MP selfie camera. 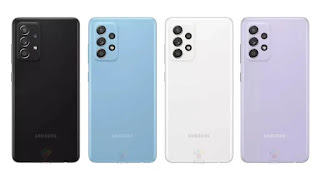 Other than that, the leak added that the Galaxy A52 will feature a Dual SIM support, a microSD slot, NFC, a headphone jack, and will feature the current or latest version of the Android 11-based One UI 3 system. Another interesting tidbit pointed out by WinFuture is that the upcoming smartphone is certified IP67 in dust and water resistance – a much welcomed trait that is absent from its predecessors.

The upcoming Samsung Galaxy A52 is said to be available in black, white, blue and lavender colour options. It is expected to be sold in Europe at EUR349 (~RM1,702) for the 4G version, and EUR429 (~RM2,092) for the 5G variant. Unfortunately, it is not known when Samsung is planning to launch the smartphone globally just yet, although it is very likely to debut alongside the Galaxy A72.