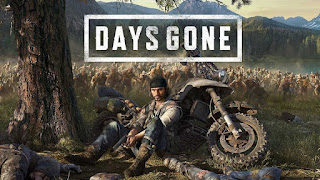 Open world survival game Days Gone which was originally released on the PlayStation 4 (PS4) in 2019 will be coming to PC this spring, as revealed by Sony and the game’s developer Bend Studio. It is the second first-party title from the company to be ported over from the PS4 after the release of Horizon: Zero Dawn (HZD) to the PC platform in August of last year.

Sony promises to offer a lot of PC-specific features and improvements for the port, including various visual improvements and customisations, unlocked frame rates and ultra-wide monitor support, as well as an FOV slider – pretty much what was also featured on the PC version of HZD. Hopefully, unlike the latter, Days Gone’s release on Steam will come with better hardware optimisation and little to no bugs at launch.

Speaking of hardware, you can find the system requirements for Days Gone via its official Steam page which has recently gone live. According to it, the minimum specs required to get the game running on PC includes an Intel Core i5-2500K, 8GB of RAM, NVIDIA GeForce GTX 780, DirectX 11, and 70GB of storage space. Interestingly, the developers also listed an SSD as a part of the requirements, but as an optional component rather than mandatory. 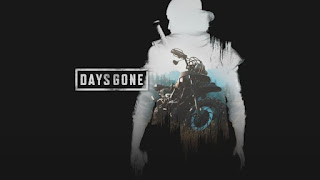 Besides that, Sony confirmed that all of Days Gone’s post-launch content from the PS4 will also be carried over to PC. These include later additions and DLCs such as New Game Plus, Survival Mode, Challenge Mode, and various skins for the playable character’s bike.

In a recent interview with GQ, PlayStation boss Jim Ryan said fans can expect more first-party games from Sony to be ported to PC in the near future. However, he did not mention any specific titles that are planned after the upcoming release of Days Gone on Steam.

Prior to HZD’s launch on PC, the thought of PS-exclusive titles making its way over to the platform felt like mere fantasy for most fans. Thankfully, this is now possible due to the company’s decision to have its games to be more accessible to those who do not own a PlayStation console. Maybe one day we’ll get to see titles such as the Uncharted series and Ghost of Tsushima to be available on Steam, although it may take a long while for Sony to greenlight such decisions.
at February 25, 2021
Email ThisBlogThis!Share to TwitterShare to FacebookShare to Pinterest
Labels: Confirms, GoneComing, Sony, Steam, ThisSpring, ToPc, Via