Sugarbook Is Now Under Investigation By MCMC The Malaysian Communications and Multimedia Commission (MCMC) has begun to investigate Sugarbook, according to its chairman Dr Fadhlullah Suhaimi Abdul Malek. The “sugar dating” platform was recently in the hot waters after saying that the current economic downturn in Malaysia could be the reason behind the recent increase of sign-ups among local college students on its platform.
In addition to that, Sugarbook which was created by a Malaysian technopreneur, Darren Chan has also released a list that ranks local colleges according to the number of sugar babies that they have. The ranking has since gone viral and ignited plenty of reactions including from Sunway University itself which was ranked no 1 in the list as well as the Ministry of Higher Education. 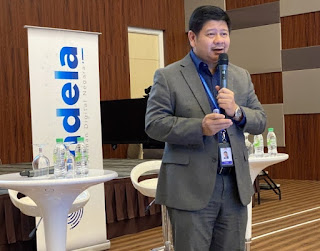 Meanwhile, Dr Fadhlullah has told Berita Harian that MCMC’s investigation currently revolves around whether the app is registered in Malaysia or just being used locally before it is able to take further action. At the same time, any actions taken by the commission need to be based on the provisions provided by the 1998 Communications and Multimedia Act.

However, he pointed out that Sugarbook will be referred to the Royal Malaysian Police (PDRM) if the platform is found to promote prostitution as the commission does not have such provision to handle an element as the above.  Clearly, this is way bigger than the billboard issue that Sugarbook faced in late 2019.

at February 15, 2021
Email ThisBlogThis!Share to TwitterShare to FacebookShare to Pinterest
Labels: Investigation, Now, Sugarbook, Under