Man quarantining in Thailand not happy with accommodations
Thailand requires a 14-day quarantine for those arriving from outside the country. Dunyawit Phadungsaeng landed in Thailand from San Francisco on January 28, 2021, and described his quarantine as the worst 14 days of his life.The man was staying at Ambassador City Jomtien Hotel, located southeast of the capital in the Chonburi province. It’s worth noting that he chose Thailand’s free quarantine accommodation option, rather than paying to stay at a nicer hotel. So before we get into his complaints (which sound legitimate), there is an element of “you get what you pay for” here.As the man wrote:“It was probably the most terrible 14 days of my life…don’t call it quarantine as it’s better called imprisonment. People said that [state quarantine] is okay and habitable. I didn’t expect it to be a fancy five-star hotel, but have you ever been disappointed even when you had no expectations?”He had some petty complaints, like poor Wi-Fi and an obsolete television, and some more legitimate complaints, like:
Fungus in his bedWater leaking from the ceilingA worn-out doorAn awful smell he couldn’t escape despite changing rooms three timesMosquitos and cockroaches; he even had to pay for bug spray in order to kill themHis breaking point was meals that were poorly made and unhygienic, and he even found a cockroach in his meal 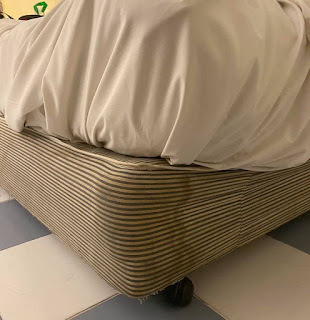 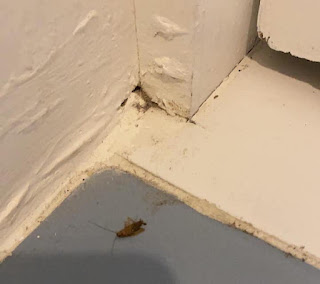 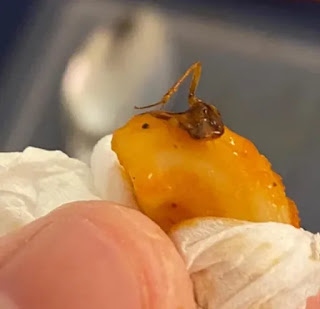 Hotel now accusing man of defamationThe Ambassador City Jomtien Hotel has stated that it has filed defamation suits against anyone who tried to discredit it by spreading lies about rooms being shabby and unsanitary. The hotel didn’t specifically name the traveler above, but it seems the timing isn’t a coincidence, given that the announcement came a day after the man exposed the hotel.The hotel’s statement reads as follows, in part:“Ambassador City Jomtien Hotel wants to notify any related agencies to stop any kind of actions that will defame [the hotel] and violate the law. Or else, we will have to take maximum legal action.”Thailand has some of the strictest defamation laws in the world, and this is often taken to the extreme. In order for something to be defamation, it needs to not just be unfavorable, but also untrue. It doesn’t seem like there’s anything here that’s untrue, but rather he was just exposing the reality of the accommodations.Bottom lineA man returning to Thailand was subjected to a 14-day quarantine, and wasn’t happy with the accommodation. In fairness, he chose the free accommodation option, when you can pay for a better experience, so perhaps he should have come in with more modest expectations.That being said, this does seem like a terrible experience, between the bugs, the smell, and the food quality. Now the hotel is suing him for defamation, which seems completely unreasonable, but also not surprising, given the precedent. It still boggles my mind that hotels think this will end well for them…
at February 20, 2021
Email ThisBlogThis!Share to TwitterShare to FacebookShare to Pinterest
Labels: News