The spectacular rise and fall of Hainan Air, Bankrupt - 500 billion CNY in debt 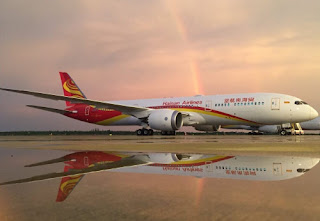 The parent company of Hainan Airlines, the HNA Group, has reportedly gone bankrupt. The Hainan Provincial higher People’s Court has issued a notice stating that creditors have applied for the group’s bankruptcy as they cannot pay off their due debt. As well as Hainan Airlines, HNA Group has control of 13 further airlines and a global fleet of 900 aircraft. Hainan Airlines has confirmed it is operating as normal, for now.The HNA Group is one of the most prolific but largely unrecognized investors in the world. With more than 2,300 companies falling within its group, it strived to obtain a place in the Fortune 100, but its copious spending over the years has come to a crunch in recent months.Today, the group has received notice that bankruptcy proceedings will commence. The situation has thrown the future of Hainan Airlines and many other aviation-related businesses into doubt. In a statement, the group said,    “On January 29, 2021, our group received the “Notice” issued by the Hainan Provincial Higher People’s Court. The main content is: the relevant creditors applied to the court for bankruptcy and reorganization of our group because our group could not pay off their due debts.    “Our group will cooperate with the court to conduct judicial review in accordance with the law, actively promote debt disposal, and support the court to protect the legal rights and interests of creditors in accordance with the law to ensure the smooth progress of production and operation of the enterprise.”HNA Group has involvement in 14 different airlines, and maintains a fleet of more than 900 aircraft. It was thought to have assets of at least one trillion yuan ($154.8 billion) and around 500 billion yuan ($77.6 billion) of debt.
at February 09, 2021
Email ThisBlogThis!Share to TwitterShare to FacebookShare to Pinterest