Valve seems to be wearing a big, fat bullseye on its back. The company is once again on the receiving end of a lawsuit – this time alleging that it’s abusing Steam’s dominance in the PC gaming market to keep game prices high.
Valve is already being sued for allegedly stealing a design feature to make its now-discontinued Steam Controller but this lawsuit seems a lot more consequential though. The plaintiffs highlighted the fact that Steam forces all game developers on the platform to sell their games at the same price as they sell on other platforms. 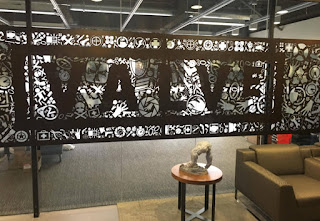 This so-called “Most Favored Nations” (MFN) clause means that developers can’t offer lower game prices on rival platforms in the fear of losing access to Steam which generally the biggest online distributor of PC games.

Because of this MFN clause, the lawsuit (first reported by The Hollywood Reporter) said, “other platforms are unable to compete on price, thereby insulating the Steam platform from competition. The MFN has the effect of keeping prices to consumers high, as price competition by platforms would cause the prices of PC games sold to consumers to decrease.”

The lawsuit added, “The MFN also hinders innovation and suppresses output, as it acts as an artificial barrier to entry by potential rival platforms and as higher prices lead to less sales of PC Games.”

These claims and criticisms against Steam certainly aren’t new. In fact, PC Gamer has  noted that the lawsuit cited a 2019 tweet from Epic CEO Tim Sweeney, who claimed Steam has “veto power over prices.”

It’ll be interesting to see if this lawsuit goes anywhere because it could potentially affect how much we as average consumers pay for our PC games. On a related note, Epic’s monthly active users climbed to 56 million in December 2020 – up from 32 million a year before.

That’s still a far cry from Steam’s 120 million, but maybe the “barrier to entry” bit is a little overstated? Well, guess it depends on who you asked.