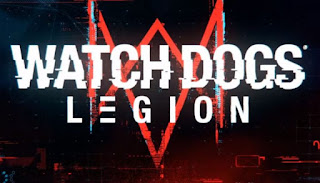 Watch Dogs Legion launched late last year, and it was supposed to have its mutliplayer component launch alongside. But a week before launch, Ubisoft announced that it will be shifting the launch of multiplayer to this year instead. Now, we have a more concrete date of when that will be happening.

On the official Watch Dogs Legion Twitter account, Ubisoft says that the multiplayer modes will launch on 9 March. Though when taking time zones into consideration, it would probably be the day after for us. And from the way the publisher describes it, it sounds quite different from its implementation in the previous game.

For one, Ubisoft says that the multiplayer component of Watch Dogs Legion will appear as its own standalone option in the main menu. The story here takes place after the main campaign, and you recruit new people, as well as get upgrades, using Influence points. The ultimate co-op challenge here is what’s called Tactical Ops missions, and sound quite like GTA Online’s heists.

But if co-op is not your thing, then you’ll likely gravitate towards the Spiderbot Arena. It’s basically a deathmatch with other players and their Spiderbots, with random powerups thrown into the arena. Each round here lasts six minutes.

While the PvP component is pretty self explanatory, Ubisoft has a lot to say about its multiplayer component of Watch Dogs Legion. You can read the publisher’s full explanation on the Tactical Ops by following the link below.

at February 22, 2021
Email ThisBlogThis!Share to TwitterShare to FacebookShare to Pinterest
Labels: 9March, Launches, Multiplayer, on, WatchDogsLegion