Aliens: Fireteam Is A Co-Op Survival Shooter That Replaces Zombies With Xenomorphs 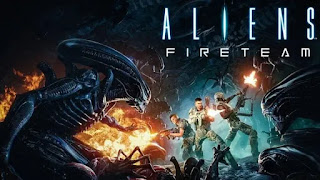 The last two Alien games were extremely different, both in terms of gameplay and in terms of success. Now, there’s a new one, called Aliens: Fireteam, that is on the way. And it looks pretty solid too.
Aliens: Fireteam is a third-person co-op survival shooter made by Cold Iron Studios. An easy way to describe the game is imagine Left 4 Dead, but swap out the zombies with Xenomorphs. This in fact makes it a lot like what Aliens: Colonial Marines was supposed to be.

As for the game’s plot, it’s set 23 years after the events of the original Alien trilogy. You play a Colonial Marine onboard the USS Endeavor, mowing down as many Xenomorphs as you can. There are also five classes to choose from, according to the Aliens: Fireteam Steam page.

Aliens: Fireteam even has a trailer on YouTube, which is embedded above. Though it does note that the footage you see is of gameplay during the alpha stage.

That being said, the game is coming along pretty well, with a release date scheduled for some time in summer 2021. In addition to the aforementioned Steam, the game will also be available on current and previous generation Xbox and PlayStation platforms.