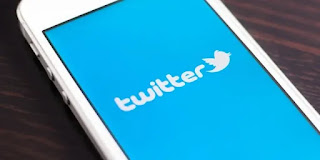 As countries around the world begin vaccinating their citizens, Twitter is stepping up its efforts against COVID-19 vaccine misinformation by introducing a ban policy based on the number and severity of violations. Five strikes gets you permanently banned from Twitter.
But as the BBC noted, Twitter isn’t definitive on how it will act against misinformation, leaving itself a lot of wiggle room. The general idea is, less serious forms of misinformation will be labelled while more serious ones are outright deleted.

Among other things, Twitter said it’s targeting content that misrepresents the safety of the vaccines, or claims the vaccines are part of a deliberate conspiracy to harm or control people. But it’s okay to raise questions about the effectiveness of the various vaccines as long as you don’t misrepresent research findings.

Since issuing earlier COVID guidelines, Twitter claimed it had taken down over 8,400 tweets and “challenged” 11.5 million accounts globally. That figure for removed tweets may seem underwhelming given what the other tech platforms have accomplished – in January, YouTube announced it had removed over 500,000 videos containing COVID misinformation over a period lasting nearly a year.