Esports Titles For Hanoi SEA Games 2021 Have Been Announced 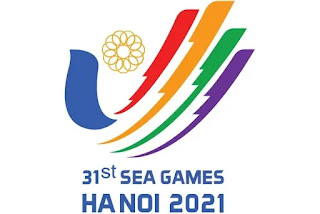 Following the last SEA Games that took place in 2019, it’s time to prepare for the next instalment of 2021. This time, it’s Vietnam’s turn to host. And the country has decided on which titles will be included in its esports events.
Eight titles have been chosen as medal events for the Hanoi SEA Games 2021. The games are Mobile Legends: Bang Bang, League of Legends and its Wild Rift mobile variant, Arena of Valor, PUBG Mobile, Free Fire, CrossFire and FIFA Online 4. The list is posted on the Malaysia Esports Federation’s Facebook page. 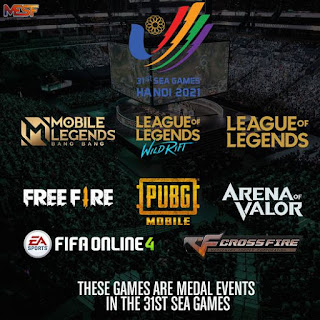 It’s an interesting selection of games, to be sure. From the looks of it, they are all free-to-play titles, and a majority of them are on mobile. Half of them also happen to be of the MOBA genre. They are also mostly team events, with only PUBG Mobile getting an individual category. Titles that were in the previous SEA Games like Dota 2, Hearthstone, Starcraft II and Tekken 7 are notably missing.

The Hanoi SEA Games 2021 will take place between 21 November and 12 December. As you’d expect, all 11 countries in the region will be participating in up to 40 medal events, of which esports is one of.

at March 30, 2021
Email ThisBlogThis!Share to TwitterShare to FacebookShare to Pinterest
Labels: Announced, Been, eSports, for, Games, Hanoi, have, SEA, Titles