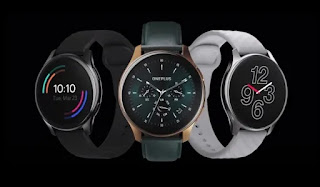 OnePlus has officially unveiled its first ever smartwatch which debuted alongside the brand’s latest flagship smartphones, the OnePlus 9 series. Aptly named as the OnePlus Watch, the new wearable is offered with a circular face design, fitness and health tracking features and long lasting battery life, among other things.
It comes in a stainless steel 46mm body, along with a circular 1.39-inch 326ppi OLED display and sapphire glass protection. Located on the right side are two physical buttons for user interaction. Under the hood, the new smartwatch is equipped with 1GB RAM, 4GB storage, Wi-Fi and Bluetooth connectivity, and GPS support. As previously reported, it also comes with the brand’s proprietary Watch OS to manage its system.

The OnePlus Watch is designed with sports in mind, so water and dust resistance are included especially for activities such as swimming. Specifically, the wearable comes with an IP68 rating and is able to withstand depths of up to 5ATM.

Feature-wise, you can expect typical fitness and health tracking functions such as heart rate and blood oxygen saturation tracking, sleep and stress monitoring, as well as over 110 workout modes. Of course, there’s also the obligatory smartwatch functions including notifications, music playback control and so on. 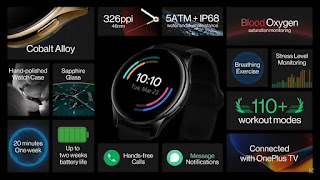 In terms of battery life, the OnePlus Watch is claimed to be able to last up to two weeks with normal use. Charging is done through a proprietary 2 Pogo pin charger, and topping up to 100% charge is said to take only 20 minutes via onboard fast charging support (aka Warp Charge). 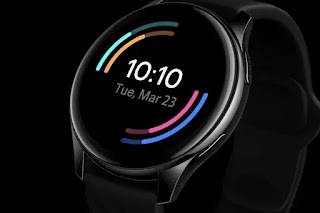 The new OnePlus Watch is available in silver and black colour options, and will retail at an attractive price of US$159 (~RM656). There’s also a Cobalt Limited Edition of the wearable, which is slated to arrive sometime later this year. Sales will begin on 14 April for certain regions, but its availability in Malaysia has not been confirmed at this time.