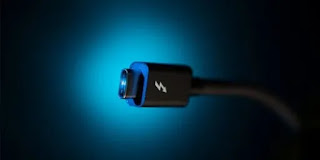 The USB-C is widely seen as the thing that saves us from having to flip cables around when plugging them in. And for the most part, it has been that way. But as it turns out, their ports can be made to behave differently depending on the orientation of the cable plug.
That’s exactly what mechanical engineer Pim de Groot shared on Twitter. And in the process, he explains why this is possible. The basic idea is that, while the USB-C 2.0 port has a symmetrical shape, the wiring inside the plug isn’t. Not exactly, anyway. Crucially, the D+ and D- contacts is not mirrored when the other contacts are.
With two microcontrollers, de Groot makes it so that a USB-C port reacts differently depending on which side of the port gets the D+ and D- connections. It’s probably one-of-a-kind, but it shows that it still matters which way you plug the cable in. Which kind of defeats one of the convenient purposed of the USB-C.

This will likely remain among the things that are good to know, but you’ll never need to apply such knowledge. Though it may have killed some of the appreciation and respect we may have had for the USB-C.

at March 25, 2021
Email ThisBlogThis!Share to TwitterShare to FacebookShare to Pinterest
Labels: Be, Behave, Can, Depending, Differently, Made, on, Orientation, Plug, Ports, USB-C