Rachet & Clank Now Free On PS4 And PS5; PlayStation Plus Subscription Not Required 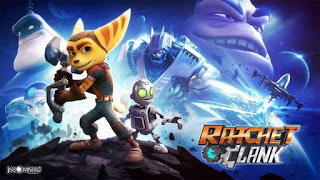 PlayStation (PS) owners will have plenty of games to keep them occupied in the month of March, completely free of charge – including titles such as the Final Fantasy 7 Remake and Farpoint, among others. Well, prepare to add one more to that list as Sony recently made the 2016 remake of Ratchet & Clank available for free on the PS4 and PS5.
The best part? You don’t need a PS Plus subscription in order to get the title. Simply hop on the PlayStation Store via web or on your PS4/PS5 console and claim it.

The game’s free distribution is part of Sony’s Play at Home Initiative, which encourages PlayStation gamers to, well, stay at home during the ongoing pandemic. If this sounds all too familiar, that’s because the company had also kicked off the same initiative last year in April – where it offered two PS-exclusive titles, Uncharted: The Nathan Drake Collection and Journey, at no charge and no PS Plus subscription required.

If you’re craving for more free games, worry not as Sony has got you covered. The company is planning to offer more titles as part of its Play at Home Initiative through June. However, like any good surprise, it will only announce them when the time comes. Chances are, they’re likely going to be other PS-exclusive titles such as Infamous or Killzone.

Sony previously included the Ratchet & Clank remake as part of its PlayStation Plus Collection to celebrate the launch of the PS5 back in November. With no subscription needed to claim the game for free this time around, this is the best opportunity for fans and newcomers alike to experience a reworked version of Insomniac’s PS1 classic – especially a couple of months before its sequel, Rift Apart, is released for the PS5 on 11 June 2021.