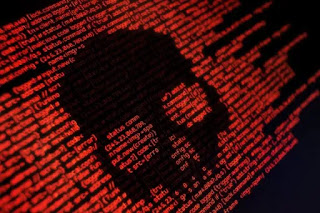 Cybersecurity software firm Trend Micro said it detected 119,000 cyber threats per minute last year as home workers and infrastructure came under attack. The firm said it blocked 62.6 billion threats in 2020, up by 20% from the previous year.
Email-based threats represent the vast majority (91%) of threats blocked by the firm last year, indicating that phishing attacks continue to be highly popular. In Malaysia, 307 million email threats were detected – the seventh highest figure in Asia and the third highest in Southeast Asia.

Trend Micro detected almost 14 million unique phishing URLs in 2020 as attackers went after people working from home. Indeed, home networks were a major attraction for cybercriminals last year as they tried to compromise corporate systems. These findings and more were part of the firm’s annual cybersecurity report. 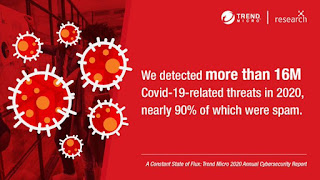 Attacks on home surged by an astounding 210% to reach nearly 2.9 billion – amounting to 15.5% of all homes. Most (73%) of these attacks involved brute forcing logins to gain control of a router or a smart device.

A clear example of such an attack would be what happened recently to CD Projekt Red, the developer of Cyberpunk 2077. Hackers stole the game’s source code (along with that of The Witcher 3) and asked for a ransom, but the company refused to pay.

Still, the gaming industry isn’t typically a top target. Trend Micro noted that the sectors most targeted by ransomware attacks were government, banking, manufacturing, and healthcare.