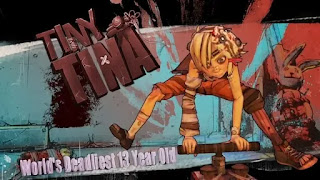 The Borderlands movie is moving along with its casting process. It has already chosen people to play Roland, Lilith, Dr Tannis and Claptrap. And the latest addition to the list is Tiny Tina, who will be played by Ariana Greenblatt. The announcement came via Gearbox CEO and Borderlands co-creator Randy Pitchford on his Twitter account.
For anyone who needs an introduction to Tiny Tina, Borderlands 2 introduced her as the “World’s Deadliest 13 Year Old”. And sure enough, the character has a strange passion for explosives. That aside, let’s just say she has a less-than-stable mental state. Though the inclusion of the character would mean that the Borderlands movie isn’t necessarily based on the first game anymore. 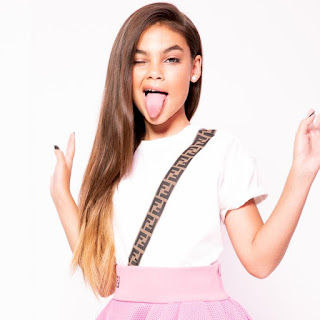 I must also say, I’m not familiar enough with Greenblatt’s work to be able to decide if she’s a good fit for the Borderland movie. Her most notable film role was as a young Gamora in Avengers: Infinity War. But she’s also starred in The One and Only Ivan, and Love and Monsters. Both of which I have not seen.

But it wouldn’t really be surprising either way. The Borderlands movie already has a checkered casting history, short as it is. So with Ariana Greenblatt and Tiny Tina, it could really go either way.

at March 02, 2021
Email ThisBlogThis!Share to TwitterShare to FacebookShare to Pinterest
Labels: ArianaGreenblatt, As, BorderlandsMovie, Casts, TinyTina