Details and media of an unannounced DJI Air 2S have recently surfaced online,  thanks to several industry sources. The drone is expected to be an updated version of last year’s Mavic Air 2, equipped with various improvements and added compatibility with newer DJI peripherals.
Based on the images provided by TechnikNews and WinFuture’s Roland Quandt as well as a leaked teaser trailer by OsitaLV, the DJI Air 2S features a new 1-inch 20MP sensor for its onboard camera – among others that we will get to in a bit.  While the megapixel count is assumingly lower than its predecessor, the newer sensor still offers a larger pixel size – therefore offering clearer and brighter images, especially in low light conditions.
Technik News added that the new drone would also feature the latest version of DJI’s ActiveTrack feature which enables for more accurate and responsive tracking of subjects, as well as OcuSync 3.0 for improved low-latency communication between the drone and its pilot. Powering the device is said to be a 3,500mAh battery. 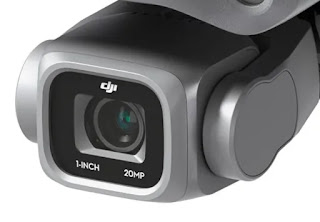 Meanwhile, DroneDJ reports that the Air 2S will include compatibility and support with DJI’s more recent accessories. These are said to include the V2 Goggles and motion controller that was launched together with the new FPV drone last month.

Lastly, one of the leaked images also revealed what appears a Fly More bundle which includes extra fan blades, cables and batteries, as well as other accessories. Naturally, the package also comes with the drone itself and its respective controller. 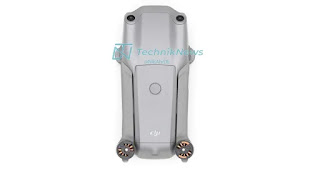 The expected pricing and release date for the DJI Air 2S is still not known for now. However, DroneDJ noted that the drone’s listing has been recently spotted in the US’ FCC database, which indicates that an official launch may happen sometime soon. 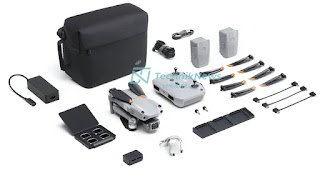 For your reference, the standard bundle of last year’s DJI Mavic Air 2 launched at a retail price of US$799 (locally at RM3,290).
at April 17, 2021
Email ThisBlogThis!Share to TwitterShare to FacebookShare to Pinterest
Labels: Air2S, an, and, DJI, Drone, Elleged, Images, Leaks, of, Specifiacation, Video