Apple Opens Up Find My Feature To Third-Party Products 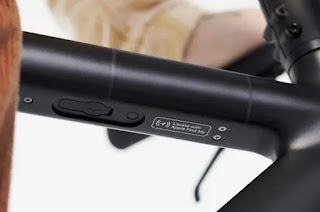 Apple has now officially allowed third-party companies to integrate the support for Find My feature into their products. Before this, the feature was available only for Apple products.
For those who aren’t familiar with Find My, the feature allows users to locate their missing devices through the dedicated app on iOS, iPadOS, and macOS. It still can function even though the missing devices are not connected to the Internet. 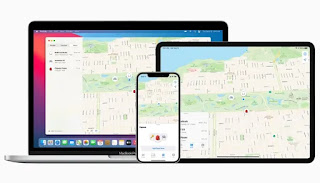 Find My utilises secure Bluetooth transmission and the collective network of Apple devices throughout the world. Apple stated that the tech utilises end-to-end encryption and is also anonymous in nature which means it can’t be used to identify an individual user not only by third-party companies but even by Apple itself.

The third-party access for Find My was actually introduced back in June last year. At that time, Apple had quietly added the Find My network accessory program into the Made for iPhone (MFi) Program alongside the unveiling of iOS 14 at WWDC 2020. 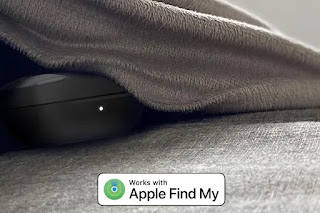 In general, companies that want to integrate Find My support into their products must get them MFi-certified. Certified products would then be allowed to carry the “Works with Apple Find My” badge which generally makes them easy to be identified at retail stores.

For now, there are only a handful of products that have been certified by Apple to carry that badge so far including the Belikin SOUNDFORM Freedom true wireless earbuds and Chipolo ONE Spot item finder. Also on the list is the Vanmoof S3 and X3 electric bicycles that are purchased from 7 April onwards. 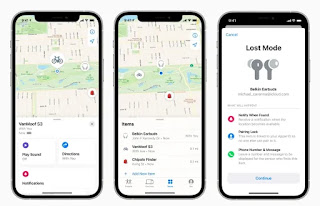 Users can add these third-party products into their Find My app through the new Items tab. While the Find My feature currently relies on Bluetooth technology, products makers will be able to utilise it with the more precise Ultra-Wideband (UWB) technology soon.

According to today’s announcement, Apple is planning to release a draft specification surrounding UWB to chipset manufacturers later this year. This would allow the development of accessories that could work with devices that have Apple U1 chip in them such as iPhone 11, iPhone 12, and Apple Watch Series 6.

at April 17, 2021
Email ThisBlogThis!Share to TwitterShare to FacebookShare to Pinterest
Labels: Apple, Feature, FindMy, Opens, Products, Third-Party, to, up