ASUS Confirms Existence Of ZenFone 8 Mini Variant; Launches On 13 May 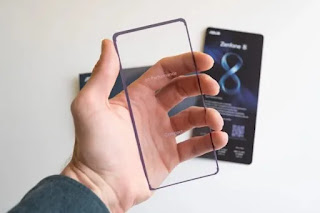 Rumours of an ASUS ZenFone 8 Mini first surfaced last month, complete with supposed specs of the device. Now, the company has seemingly confirmed its existence with physical invitations being shared with western tech news outlets.

PhoneArena has shared a few images of the invite, which consists of two cards. One reads “BIG IN SIZE”, and a smaller, transparent one has “on Performance” and Compact” written on it. Putting them together then reads “big on performance, compact in size”. This also implies that it would be called a Compact rather than a Mini, much like the older Sony Xperia devices. Naturally no specs of the device were revealed. 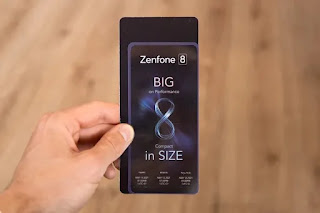 The card also has the launch dates of ASUS ZenFone 8 series, which will likely include the Mini or Compact variant. There’s also a web page for the launch event, with the same “big on performance, compact in size” line. Below that is a countdown to the launch event which, for our timezone, is 1AM on 13 May. And it’s just between two to three weeks away.

It’s always nice to see another manufacturer make a smaller device, in a market of six-inch plus devices. Hopefully the ASUS ZenFone 8 Mini or Compact does not differ too much from the larger device.

at May 02, 2021
Email ThisBlogThis!Share to TwitterShare to FacebookShare to Pinterest
Labels: 13May, Asus, Confirms, Existence, Launches, Mini, of, on, Variant, ZenFone8