LEGO Unveils An Updated Version Of Its Star Wars R2-D2 Kit; Available This May 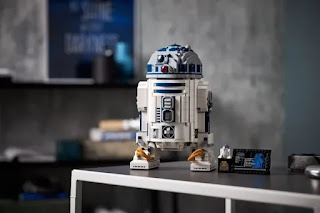 The term “remastered” isn’t exclusive to video games and films, but to toys too. In a recent announcement, LEGO has revealed that it will be releasing a heavily updated version of its discontinued Star Wars R2-D2 kit that was originally released in 2013.

According to the Danish toy maker, the 2021 R2-D2 model now sports a more pronounced and near-screen accurate design. This time around, its head module features a smoother-looking dome, and the same can be said for its cylindrical body. Intricate details such as optics, vents, panels and leg battery hoses on the droid are shown to have received makeovers as well. 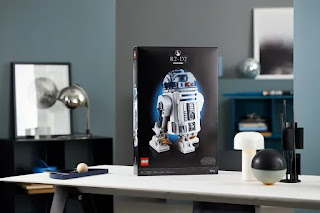 In terms of size, the new 2021 R2-D2 measures about a foot tall and appears just slightly larger than the original model. The kit is also revealed to feature a total of 2,314 pieces of LEGO, which exceeds the 2,127 brick count of its predecessor. 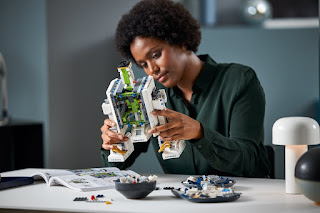 Of course, this new version of R2 will come with new playability features. LEGO says that it now comes with a hidden manipulator arm in its body, and a retractable periscope module on the head. Also, if you happen to be threatened to be thrown overboard from a floating sand barge, you’ll be pleased to know that the astromech droid comes with a hidden pop-out replica of Luke’s green lightsaber as well. Last but not least, included in the box is a display plaque and an R2-D2 LEGO minifigure. 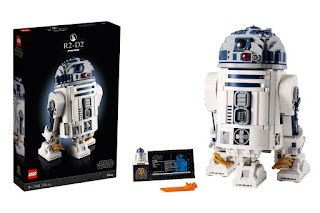 Being a remaster of the original, it looks like the new Star Wars LEGO R2-D2 may be the droid that Star Wars fans are looking for. The kit is priced at US$180 (~RM740) and is set to be globally available at the beginning of next month – just in time for Star Wars Day on May 4th. LEGO Malaysia has yet to announce its local pricing and expected availability.
at May 02, 2021
Email ThisBlogThis!Share to TwitterShare to FacebookShare to Pinterest
Labels: an, Available, its, Lego, May, of, R2-D2Kit, StarWars, This, Unveils, Updated, Version