Next Battlefield Release Within Q4 2021; Announcement Coming In June 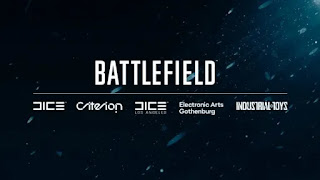 EA has the next Battlefield game locked for release within the last quarter of this year. This release window lines up with the release window of previous entries in the series. And it falls in the ever popular year-end holiday period.
In a set of presentation slides that accompanied its earnings report, EA has highlighted the games it plans to release for its financial year of 2022. In this, the company notes that a Battlefield game will be released in Q3 of its fiscal year. This lines up with Q4 of the calendar year of 2021. You can find this on page 13 of the slides, linked below. 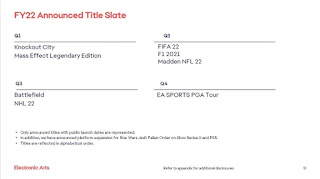 The game will be developed by four studios. The company named EA DICE, DICE LA, Crterion and EA Gothenburg as contributing studios in its earnings call. In the same call, the publisher said that the game will be released for both previous- and current-gen consoles, as well as PC.

As for the game’s reveal to consumers, EA has the announcement for the next Battlefield game lined up next month. The company teased this via the official  Battlefield Twitter account, with no details as to the specific date that it will happen on.

Last month, the publisher announced a mobile Battlefield title is in development, bound for 2022. Considering the release schedule, it doesn’t look like it will show up until at least Q2 of next year.

at May 12, 2021
Email ThisBlogThis!Share to TwitterShare to FacebookShare to Pinterest
Labels: 2021, Announcement, Battefield, coming, in, June, Next, Q4, Release, within