Nothing Will Unveil Its Ear 1 True Wireless Earbuds This June 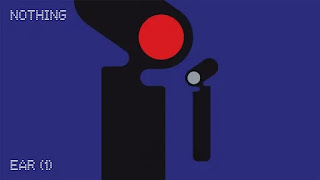 Nothing CEO Carl Pei has revealed that the brand will officially unveil the Ear 1 true wireless earbuds, its first ever product, later in June. Featured along with the announcement is an illustration of what appears to be the silhouettes of the device.

The supposed shape of the earbuds shown in the teaser does look pretty awkward. Basically at first glance, it looks as if it is intended to be an oblong-shaped earbud with what could be a circular light panel attached to a strangely large and lengthy stem.

But there’s a chance that we’re looking at it wrong. 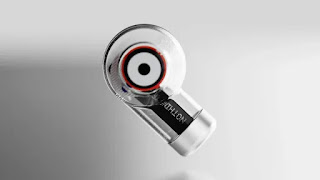 Using the Concept 1 earbuds (shown above) that Nothing showcased back in March, it is possible that the silhouettes shown are just the visible interiors of the device. Meaning to say that the Ear 1 will feature a more traditional exterior shell, but made from transparent material. Nothing did note that the Concept 1 is an example of its product design language, in collaboration with Stockholm-based design firm Teenage Engineering.

“We believe the earphones market was begging for differentiation, a space where we can elevate design and deliver value from day one,” Carl Pei wrote in the blog, explaining Nothing’s decision to debut into the tech market with earbuds. That being said, the company did reveal previously that it plans to build up an ecosystem of interconnected devices, including smartphones. As you may recall from our earlier report in February, Pei’s new company had acquired the rights and patents of Andy Rubin’s Essential smartphone brand.

Hyping up a supposedly “revolutionary” design is one way of building excitement for a product. However, Nothing intends to sell earbuds – a device where practicality and function is key, while identifying defining elements such as design usually comes in second, or as a bonus. At this current time, the company has yet to detail the Ear 1’s specifications or whether its audio drivers are built in-house or otherwise.

Enthusiasts would agree that a pretty design is barely a silver lining to save any audio products that feature questionable or less than ideal sound capabilities. For Carl Pei’s sake, let’s just hope that the Nothing Ear 1 has more to offer than just aesthetics, especially in the audio department. Else, all of this hype building will all just come down to, well, nothing.

at May 15, 2021
Email ThisBlogThis!Share to TwitterShare to FacebookShare to Pinterest
Labels: Ear1, Earbuds, its, June, Nothing, This, True, Unveil, will, Wireless