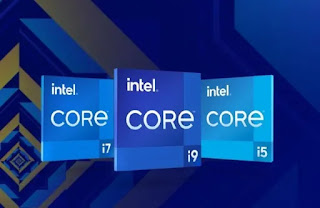 Intel’s 11th generation mobile CPUs are officially here. As previously reported, the chipmaker’s new processors, also known as Tiger Lake-H, are the chipmaker’s latest laptop CPU that is also based on a brand new architecture.
As a quick primer, the new CPUs are based on Intel’s new 10nm Willow Cove SuperFIN die lithography, which the company describes as being leaps and bounds ahead of its already old 14nm process node. As usual, the new lineup features improved single-threaded performance and is made to help laptop brands to balance both gaming and productivity with mobility. 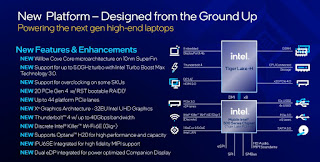 Breaking down the specifications further, Intel says the new architecture allows the lineup to achieve up to 5GHz on two cores and up to 4.5 on all eight cores. At least, for its top-of-the-line Core i9-11980HK mobile CPU. Moving on, the lineup also supports up to 44 platform PCIe lanes, as well as up to 20 PCIe Gen 4 lanes that can also be combined with Intel’s Rapid Storage Technology’s (RST) RAID 0 feature.

Intel’s 11th generation laptop CPUs will be hitting the markets today, with their availability for laptops left to the discretion of the brand’s AiB partners. The list includes brands such as ASUS, MSI, and Lenovo, to name a few.
at May 15, 2021
Email ThisBlogThis!Share to TwitterShare to FacebookShare to Pinterest
Labels: Generation, H-series, Intel11th, Lake, Now, Officiail, Tiger