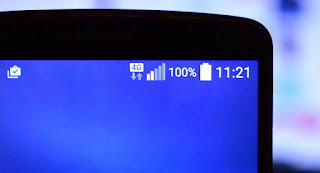 Opensignal today has published its first Mobile Network Experience Report of 2021 for Malaysia and as always, it contained several interesting observations regarding the general state of our telcos. Using data that was collected from 1 Dec 2020 until 28 February 2021, Digi is apparently the fastest telco in Malaysia right now when it comes to download speed.

According to the report, the telco managed to overcome Maxis who has been holding on to the Download Speed Experience title for so many years although the gap between both companies is not that big at just 1.4Mbps. On another hand, it is still a worrying sign for Maxis though as Opensignal has noted that the telco’s download speed has dropped further since the last report in September 2020.

Specifically, Maxis’ download speed has gone down from 14.5Mbps in September 2020’s report to 11.9Mbps. However, Maxis is far from the only telco that has seen a drop in download speed though.

The new report also said that Celcom download speed is now 7.7Mbps as opposed to 10.2Mbps back in September. This has also put the telco at the bottom of the chart which is quite a surprise given its status in the market.

In addition to download speed, Maxis has also lost its Video Experience throne to Digi but still managed to maintain its Games Experience lead although the telco has to share the title with U Mobile under the April 2021 report. U Mobile has also retained its hold on the Upload Speed and Voice App Experience. 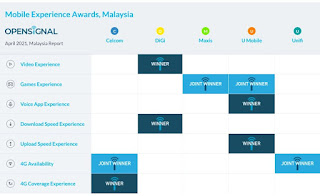 Meanwhile, Celcom once again emerged as the leader in terms of 4G coverage as per last’s report. The same also applies for 4G Availability but the telco has to share the title with unifi Mobile which generally is almost on par with Celcom in this segment of the report.

What we mentioned above is just the tip of the iceberg. You can check out the full report over at Opensignal’s website right here to gain even deeper insights into the performances of our telcos for the past few months.