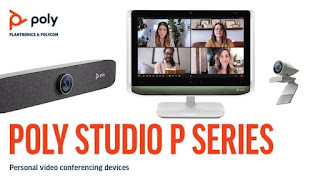 You may not recognise Poly by its current name but you are likely familiar with the name Plantronics. The name switch took place in 2019 when the company decided to fully focus on the enterprise market but interesting enough, Poly recently has unveiled a family of video conference gears in Malaysia that are designed for those who work from home.

First launched to the world in February, among the new products that were introduced under the Poly Studio P Series is the Studio P21 Personal Meeting Display. As you may be able to guess from its name, this particular device is essentially a display that has integrated video conferencing hardware and enhancements. 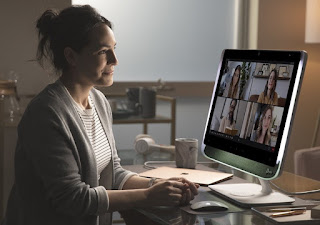 That includes built-in lighting which users can choose to tune the levels to their own preferences or have it to adapt surrounding conditions automatically. The Studio P21 also comes with a 21.5-inch Full HD LCD panel, a Full HD camera with privacy shutter, a uni-directional MEMS microphone, dual stereo speakers, a USB hub with Type-A & Type-C ports, and a wireless charger.

Next on the list is the Studio P15 Personal Video Bar which is essentially an all-in-one video conferencing solution that is designed to be mounted on the user’s monitor. Equipped with a 4K camera that also has a physical privacy shutter and automated camera framing capability, this particular device also comes with a 3-element beamforming microphone array as well as an integrated speaker, alongside various in-house noise suppressing technologies from Poly. 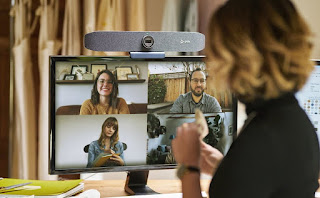 There is also the Studio P5 which Poly said is not only able to deliver high-quality video and output but is also designed to be a highly mobile and rugged webcam to carry around. Alongside its Full HD autofocus camera with integrated privacy shutter and adjustable monitor clamp, the Studio P5 also has a built-in USB-A port if users want to utilise their wireless headset instead of the webcam’s directional microphone.

The Studio P5 can also be obtained as part of the Studio P5 Kit which bundles the webcam with selected audio solutions from Poly. Customers can choose to have either a Voyager 4220 UC wireless headset, a Poly Sync 20+ speakerphone, and a Blackwire 3310/3325 wired headset with the kit. 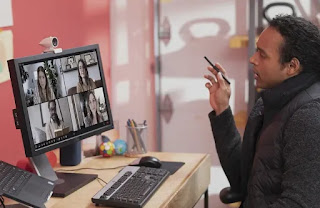 Even though they are meant for those who work from home, you can’t simply walk into a store to directly purchase any of these Studio P5 Series gears though. Instead, you have to reach out directly to Poly’s Malaysian partners to purchase them, due to Poly’s enterprise-oriented nature.

As for the Studio P5 Kit, it starts from USD 149.95 (~RM 616) onwards. All of these products can be pre-ordered from Poly’s Malaysian partners right away with the exception of Studio P21 which will only be released sometime in mid-2021.