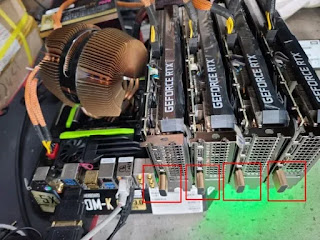 NVIDIA released its latest GeForce driver version 466.27 just yesterday. The driver ahead of next week’s launch of Metro Exodus Enhanced Edition, but more importantly, it marks the brand’s second attempt at implementing its anti-Ethereum limiter for the GeForce RTX 3060.

As a quick recap, NVIDIA announced that the RTX 3060 family of graphics cards would feature a limiter that would dampen the card’s mining performance for the cryptocurrency. By doing this, it hoped that it would deter cryptominers from buying the card in bulk and leaving bonafide gamers empty-handed, as a result.

Unfortunately for NVIDIA, the GPU maker made a boo-boo less than a month after the RTX 3060 was launched, when it released a GeForce driver without the anti-Ethereum code, thus allowing miners to mine the cryptocurrency with total abandon. Among other creative methods, that is. 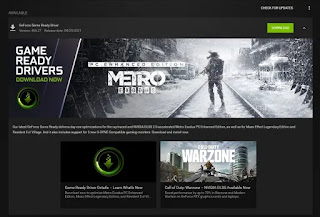 With the new driver version, NVIDIA is breathing new life into its anti-Ethereum miner code and based on its rather ambiguous blog post, it sounds as though driver version 466.27 is expected to be the minimum driver version for all GeForce RTX 30 series cards that ship out from mid-May onwards.

As to whether or not the new driver update will actually turn miners away from NVIDIA’s GeForce RTX 30 series cards and, alternatively, turn them towards the brand’s CMP lineup, only time will tell.

at May 07, 2021
Email ThisBlogThis!Share to TwitterShare to FacebookShare to Pinterest
Labels: 466.27, Anti-Ethereum, Driver, GeForce, Limiter, New, NVIDIA, Releases, With