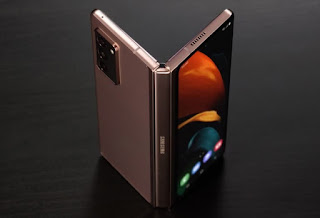 While IP ratings on phones are getting more and more common, it’s still a challenge to give one to foldable devices. But it looks like Samsung may be giving them next entries into the Samsung Galaxy Z Fold and Z Flip lines.

SamMobile reports the two new foldable devices from Samsung will feature IP ratings, but what rating exactly remains unknown. Due to the complicated nature of their construction, chances are it wouldn’t be an IP68. That’s basically the best a consumer product can go for, certifying that a product can survive being submerged at depths of slightly over 1m for 30 minutes. And that’s not something easy to promise when you have an important moving part in a device’s construction.

It’s not surprising that Samsung wants to extend the IP rating privilege to its most expensive products. This is especially when the company’s own midrange device is getting such a benefit.

But whether or not the Samsung Galaxy Z Fold 3 and Z Flip 2 will actually come with the ratings, we’ll have to wait and see. SamMobile also reports that both devices will see an official reveal in July, a month earlier than its usual August event reserved for its Note line. The Note device itself will likely not be making an appearance due to the global chip shortage.

at May 01, 2021
Email ThisBlogThis!Share to TwitterShare to FacebookShare to Pinterest
Labels: Flip2, Fold3, Galazy, Get, IP, May, Ratings, Samsung, Z