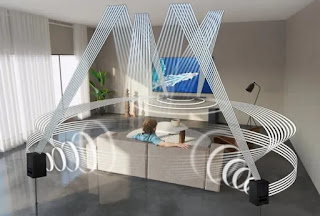 Back in early January, Samsung unveiled several new models for 2021 under the company’s flagship soundbar family, the Q Series. Leading the list is the HQ-Q950A which the company claimed as the world’s first 11.1.4-channel soundbar which has since been made available here in Malaysia.

For those who are wondering what the 11.1.4-channel designation is all about, it means that the Q950A carries 11 audio channels, 1 subwoofer channel and 4 up-firing channels. This is made possible through 22 individual audio drivers that are being spread over a main soundbar speaker, one subwoofer, and two wireless rear speakers. 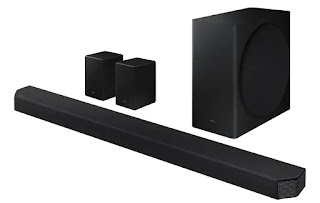 As per any other 2021 Q Series soundbars, the Q950A supports Dolby Atmos and DTS:X contents which should bode well with its all-encompassing surround setup. Given that it is a Samsung soundbar, it is rather natural that Samsung TV owners would be able to get the most out of Q950A.

For example, the soundbar comes with a feature called Q-Symphony that allows the Q950A to sync with the speakers on 2021 Samsung AU7000 Smart TVs and above to provide a more immersive audio experience. There is also another feature called SpaceFit Sound+ that utilises the built-in microphone and DSP on 2021 Samsung Q80A QLED 4K Smart TV or above to help calibrate the sound output to match the user’s room structure.

Those that are not using the said Samsung Smart TV can still choose to use the Auto EQ feature instead which relies on a microphone that is built into the Q950A’s subwoofer to help optimise its sound output. In terms of pricing, the Q950A is available for RM 6,499 but you are able to get it at a much lower price for just RM 4,799 if you purchase it alongside any Samsung TV through the ongoing Raya Bermakna promo by Samsung Malaysia.
at May 02, 2021
Email ThisBlogThis!Share to TwitterShare to FacebookShare to Pinterest
Labels: 11.1.4-Channel, Available, for, in, Malaysia, Q950A, Readily, RM6499, Samsung, Soundbar