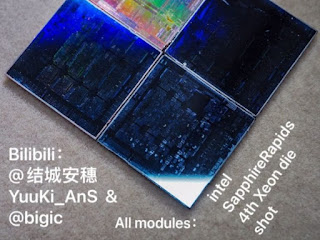 Back in 2019, Intel announced that its 4th generation Xeon processors would be named Sapphire Rapids and told the world that the upcoming CPU lineup would carry support for yet unreleased features, such as DDR5 and PCIe 5.0, but no images of the chip. That changed recently, though, thanks to the post of a prominent leakster.
The leakster in question goes by the byline 结城安穗-YuuKi_AnS (@AnsYuuki), who posted several images of what appears to be the alleged die shots of Intel’s Sapphire Rapids. To be clear, the shot is that of the CPU cores after it had been delidded, with one report indicating that they “violently tore apart” the lid. 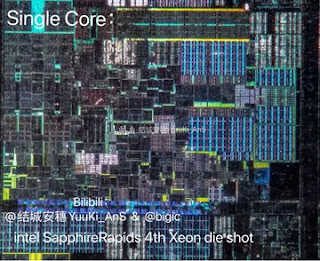 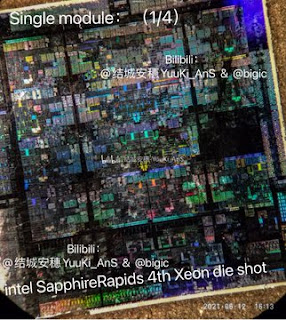 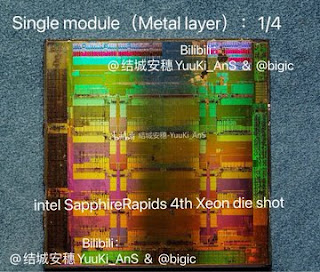 Upon closer inspection, the die shot shows the CPU’s 60-cores, but according to additional leaked information, the top of the line Xeon in the lineup will only be able to access 56-cores in total, meaning that four of those cores may just be locked away.

In addition to the high core count, the CPU will reportedly feature up to 64GB of HBM2e memory; a physical feature that has already been confirmed via a Linux kernel update. Lastly, the CPU is to be based on Intel’s 10nm Enhanced SuperFin die lithography.

Beyond that, we’re still pretty much in the dark about Sapphire Rapids and its performance, but we do know that this 4th generation scalable Xeon CPU lineup will be going toe-to-toe with it’s direct competitor, AMD’s EPYC 7003 “Milan” workstation CPU series, which are based on the company’s Zen 3 architecture.