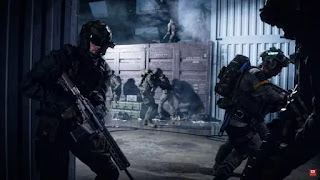 Electronic Arts has finally revealed Battlefield 2042 as it promised to. But the game is bad news for fans of the series who would like to see singleplayer content. As during the reveal, the publisher said it will be a multiplayer only game.
But for those who like large-scale PvP games, Battlefield 2042 may be one of the biggest out there once it gets released. It will feature maps big enough to hold 128 players in a match. And to keep things from being too monotonous after a while, the maps will also feature dynamic weather and other environmental hazards.

Battlefield 2042 will have three main game modes. The first is called All-Out Warfare, which is a fancier name for the older Conquest and Breakthrough, but on a much larger scale. Hazard Zone is the second, which is likely where the environmental hazards come into play. EA has not revealed what exactly the third one is, opting to only reveal it on 22 July.

As for the game’s release, Battlefield 2042 will be out on 22 October 2021. Pre-orders are already open, and those who do so will get access to an open beta. Buy any of the non-standard editions, and you’ll be able to play the game a week early, on 15 October instead.

at June 19, 2021
Email ThisBlogThis!Share to TwitterShare to FacebookShare to Pinterest
Labels: 2042, 22October, Battlefield, is, Now Official, on, Releases