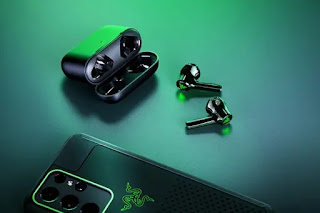 Gaming firm Razer has recently launched the new Hammerhead True Wireless X, which is now available for purchase via its official website, RazerStore, and authorised retailers. The earbuds is yet another variant of the original Hammerhead TWS that was released in 2019, which was then followed with the release of the Pro model late last year.

This latest iteration falls nicely in between the two variants in terms of hardware, while also sporting some notable improvements over its predecessors. It’s design is also reminiscent to the 2019 model, ditching the Pro model’s AirPods-like look. Each Hammerhead True Wireless X earbud is equipped with a custom-tuned 13mm driver, and an LED illuminated touch panel for managing calls, music playback and so on.

Unlike the Pro variant however, the new Razer TWS lacks active noise cancelling (ANC) capabilities. Not necessarily a deal-breaker, and its exclusion may also have contributed to the earbuds’ noteworthy price. More on that later. 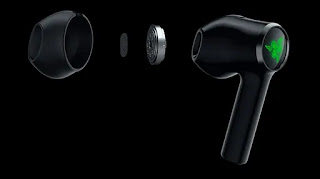 A familiar feature found on the Hammerhead True Wireless X is the series’ Gaming Mode, which lowers down its Bluetooth latency to 60ms when activated. Speaking of which, the earbuds are equipped with Bluetooth 5.2 connectivity and also comes with Google Fast Pair support for Android smartphones. Razer noted that it is possible to pair the new Hammerhead to video game consoles, but you’re required to purchase an optional Bluetooth adapter for that.

In terms of battery, the gaming firm claims that the earbuds can last up to 24 hours in total, including after topping up from the accompanying charging case. Using the Hammerhead while having its LED lighting disabled, on the other hand, will let it run for several hours longer – approximately 28 hours, according to Razer. 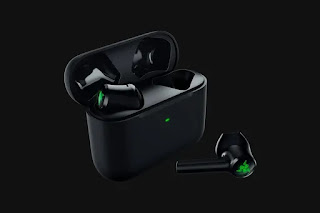 The Hammerhead True Wireless X retails at RM349, which makes it the most affordable variant among its TWS siblings. To recap, the original and Pro models launched at RM479 and RM949 respectively. Whether its audio performance is on par with its predecessors or otherwise remains to be seen… or rather, heard.
at June 20, 2021
Email ThisBlogThis!Share to TwitterShare to FacebookShare to Pinterest
Labels: At, Hammerhead, Launches, Razer, Retails, RM349, True, Wireless, XEarbuds