Honor has officially launched its new Honor 50 series smartphones in China earlier this evening. As previously reported, the latest flagships consist of three variations: the standard model, the Pro, and the entry-level Honor 50 SE. And it appears that most of the information regarding the new series that was leaked last week turned out to be accurate as well.

First we have the Honor 50 Pro, which comes with a 6.72-inch OLED FHD+ curved display with a refresh rate of 120Hz and an under-display fingerprint sensor. Under its hood is a Qualcomm Snapdragon 778G 5G chipset, paired with up to 12GB of RAM and a storage capacity of 256GB. Powering the phone is a 4,000mAh battery that supports a whopping 100W fast charging capability via USB-C. And as confirmed by the brand prior to this, the phone will feature Android 11 via Honor’s Magic UI 4.2 interface and also Google Mobile Services (GMS). 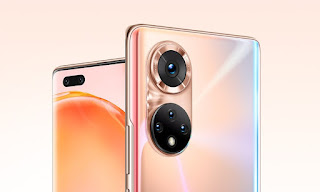 On the back of the Pro is a Huawei P50-like dual circular glass bumps which houses four different cameras. On the top circle is a sole 108MP main sensor, while below it is an 8MP ultra-wide, a 2MP macro, and 2MP depth sensor. Housed in the pill-shaped cutout on the phone’s display is a dual front-facing camera setup consisting of a 32MP and 12MP sensors. 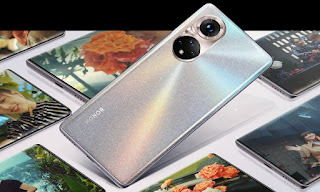 Next up is the standard Honor 50, which features mostly the same hardware, features, and camera specs as the Pro – with some notable differences, of course. Its screen is smaller, coming at 6.57-inches, and its battery capacity is slightly larger at 4,300mAh. However, the phone only supports 66W fast charging capability via USB-C. Its rear imaging system is exactly the same as the Pro model, you can expect the same performance on the Honor 50. For selfies, however, the standard variant only comes with a single 32MP front-facing camera, housed in a punch-hole cutout on its display. 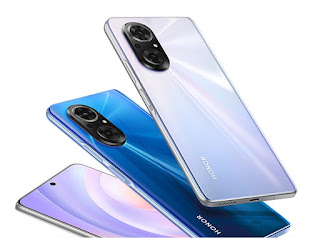 Last but not least is the Honor 50 SE, which shares an almost similar design language as its siblings. The more noticeable difference aesthetically is the number of cameras on its back, a side-mounted fingerprint scanner, and its flat but large 6.78-inch LTPS IPS LCD display with 120Hz refresh rate – making it the largest model among the three. Under the hood, you’ll be able to see some significant differences as well. Unlike the vanilla and Pro model, the Honor 50 SE comes with a MediaTek Dimensity 900 5G chipset, together with 8GB of RAM and up to 256GB of storage. Powering the phone is a larger 5,000mAh battery, which also supports 66W of fast charging via USB-C.

Photography-wise, on the back of the SE model is a triple camera setup which consists of mostly the same sensors found on its siblings, except for the lack of a 2MP depth sensor. In front is a 16MP selfie camera housed in the display’s punch-hole cutout. 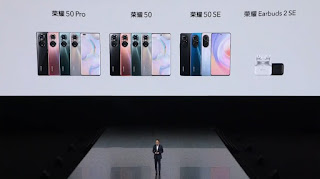 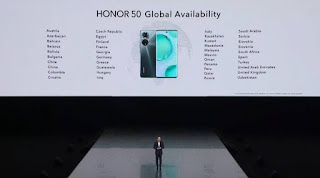 Honor has revealed that the new series will indeed be shipped out globally, with Malaysia confirmed to be in the list. However, its expected local availability and pricing has yet to be determined.
at June 18, 2021
Email ThisBlogThis!Share to TwitterShare to FacebookShare to Pinterest
Labels: China, from, HONOR50, in, Launches, Price, RMB 2399, Series, Starts