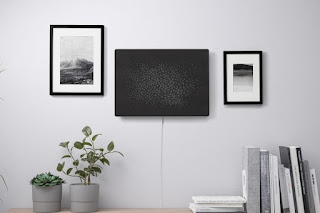 IKEA teased the next entry into its Symfonisk line of products on Instagram back in April. At the time, a report indicated that it would be a piece of wall art with an integrated speaker. Now, the company has officially unveiled the item, confirming that it is indeed a wall art speaker.
But more than that, IKEA said in its official announcement that this Symfonisk was a picture frame WiFi speaker. The WiFi bit refers to the tech used to connect to the source of music from which it will be playing. The company also said that it can be used alone, or daisy-chained with other Symfonisk products, or speakers by SONOS. Makes sense, since the product line is a collaboration between the two companies anyway. 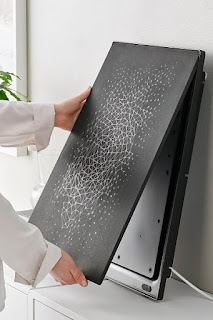 You may be thinking that the picture frame bit would mean you can change what picture it shows. That’s unfortunately not the case. Instead, you’ll have to change the entirety of the front plate, more of which will be sold separately.

The IKEA Symfonisk picture frame WiFi speaker will be available starting 15 July 2021. The Verge reports that they are priced at US$199 (~RM819), with additional pictures costing US$19.99 (~RM82). But this will only be for the US and EU. The company says other regions will follow later on, but no date has been provided for that. It also remains to be seen if it will make its way to our shores.