Fatal Frame: Maiden of Black Water Is Coming To Other Platforms 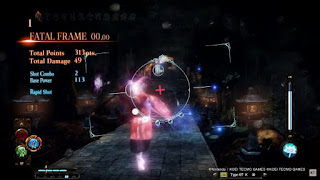 Fatal Frame: Maiden of Black Water was the last game in the series. And for those who didn’t own a Nintendo Wii U, they probably never got to play it either. But that time will come soon, as Koei Tecmo has announced that it is remastering the game for effectively on all platforms.
The formula of Fatal Frame: Maiden of Black Water is pretty much the same as it has been for the rest of the series. You make use of the Camera Obscura to exorcise spirits, but you have to do so at the very last moment. The setting of this particular game is a fictional Mount Hikami.

Being a remaster, you can expect better graphics to fit the machines of today. There’s even an additional photo mode, which sounds a little redundant. But it could be useful if you like seeing the distance between a hostile spirit and you when the Camera Obscura is able to banish them.

As mentioned, Fatal Frame: Maiden of Black Water will be available on basically all platforms when it comes out. Specifically, it will be on PC via Steam, both generations of both brands of consoles, and the Nintendo Switch. But there’s no specific date as to when it will be out beyond the very vague 2021.

at June 18, 2021
Email ThisBlogThis!Share to TwitterShare to FacebookShare to Pinterest
Labels: coming, FatalFrame, is, MaidenofBlack Water, Other, Platforms, to