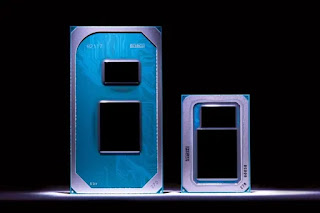 Earlier today during its Computex 2021 keynote, Intel announced that it is adding two new CPU SKUs to its 11th generation Tiger Lake lineup. Specifically, the new CPU models are part of Intel’s U-Series Mobile CPU lineup.
Breaking it down, the new CPUs are the Core i7-1195G7 and Core i5-1155G7. Like all 11th generation CPUs, both U-Series processors are based on the chipmaker’s new 10nm SuperFin die lithography, and even come fitted with its Xe-LP integrated graphics, which has up to 96EU. As for its Cache size, both the Core i7-1195G7 and Core i5-1155G7 have 12MB and 8MB of Intel Smart Memory, respectively.

Specs-wise, both the Core i7-1195G7 and Core i5-1155G7 come with a 4-cores, 8-threads layout and have an operating power range between 12W and 28W. What is of particular interest, however, is the Core i7 variant, primarily because it is the first U-Series CPU that can achieve a maximum single-core Turbo boost clock of 5GHz, while running all cores on Turbo is capped at 4.6GHz. Lastly, both the Core i7-1195G7 and Core i5-1155G7 Intel’s Wi-Fi 6E wireless technology. 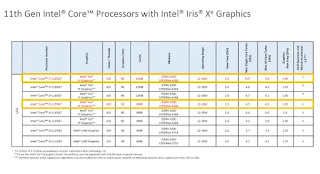 As for when these new CPUs will be available, Intel says that we can expect them to arrive “during the holidays” and that more than 60 consumer devices such as laptops should be fitted with either the Core i7-1195G7 or the Core i5-1155G7. In addition, the chipmaker expects more than 250 OEMs to have designs based on its new U-Series CPUs.
at June 01, 2021
Email ThisBlogThis!Share to TwitterShare to FacebookShare to Pinterest
Labels: 11thGeneration, CPUs, Expands, Intel, Lineup, New, TigerLake, Two, U-Series, With