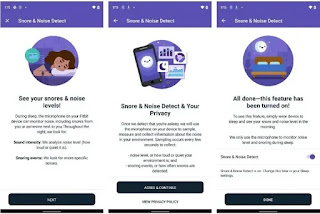 Sleep tracking is a pretty common feature these days for smart bands and smart watches. But Fitbit looks to be adding one extra feature to its sleep tracking functionality. It’s snore detection, which adds another layer of sleep analysis.
9to5Google found hints of the feature in the Fitbit 3.42 APK. The full name of the feature is called Snore & Noise Detect. And as the name suggests, it tracks the frequency of your snoring relative to the amount of time you are asleep. And it also measures ambient noise in the background.

All this will be done via the microphone on the wearable. But if you have a partner who snores, your Fitbit wearable won’t actually know who is the one snoring. Also, the use of this feature will be limited if you have, for some reason, ambient noise that’s louder than your snoring. 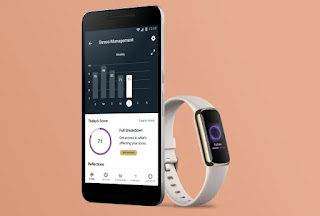 If you’re thinking that this will cost a lot in terms of battery juice, you’ll be right. A line in the Fitbit APK tells users to charge the device up to at least 40% before calling it a day. It also explicitly says that using this feature will result in more frequent charging.

9to5Google notes that while it is able to enable the feature briefly, it’s not widely available to use in the Fitbit app. There’s no indication as to when the new Google subsidiary will change this either.

at June 01, 2021
Email ThisBlogThis!Share to TwitterShare to FacebookShare to Pinterest
Labels: Detection, Fitbit, Get, May, Snore, Soon, Wearables