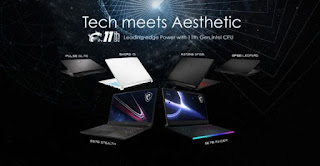 MSI recently held a “Tech meets Aesthetics” event, where the Taiwanese PC and laptop maker announced that it had refreshed its laptop lineup, both for gaming and its Creator series, with Intel’s new 11th generation Tiger Lake-H series CPUs.
For its gaming lineup, the refresh includes MSI’s currently existing GS, GE, GF, GL, and GP series of laptops. Specifically, both the GS and GE series will have SKUs that accommodate Intel’s top-tier Core i9 CPU, while the top-of-the-line models released in the remaining three series will be fitted with the top-range Core i7 CPU.

With Intel’s latest Tiger Lake H-series CPU now powering MSI’s laptops, consumers who purchase them will gain not only to improved CPU performance, but also access to new features such as PCIe Gen4, Thunderbolt 4, and Wi-Fi 6E. 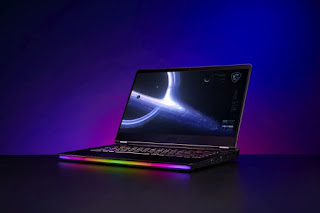 Then, as now, all of MSI’s Intel 11th generation gaming laptops are paired with NVIDIA’s GeForce RTX 30 Series Mobile GPUs. That list includes the recently launched GeForce RTX 3050 and RTX 3050 Ti discrete GPUs that is only available for laptops.

As for their availability, MSI currently has the GE66, GL66, and GL76 available for preorder via its official Lazada store page, with the first batch expected to be available as early as next week. As for the other models, the brand says that they should come  sometime in June, although it did not specify an exact date.