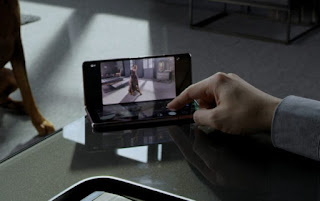 Samsung might be holding a launch event for four new products in August, according to two industry leaksters. The devices in question are believed to be the brand’s Galaxy Z Fold 3, Galaxy Z Flip 3, Galaxy Watch4 and Galaxy Watch Active4.
The first to relay this information is none other than Max Weinbach, who tweeted that the event (most likely a Samsung Unpacked or equivalent) will take place on 3 August 2021. The leakster did not name the brand or aforementioned devices specifically, but his vague hints were easily understood by other insiders and those familiar with the industry.

Meanwhile, the second source is YouTuber Jon Prosser, who claims that Samsung will ship the Galaxy Z Fold 3 and Galaxy Z Flip 3 on 27 August, while the Galaxy Watch4 and Galaxy Watch Active4 may roll out as soon as 11 August. Keep in mind that Weinbach’s tip emphasises on the event date, while Prosser’s focuses on the products’ release schedule. But as usual, there’s still a possibility that neither information is accurate until officially confirmed by Samsung themselves.

In terms of hardware specifications and features, not much is known for all four devices. However, the Galaxy Z Fold 3 could be the more interesting of the bunch, as unofficial sources such as Display Supply Chain Consultants (DSCC) claims that it will be Samsung’s first smartphone to feature its Under-Display Camera (UDC) technology. Allegedly leaked images of the foldable phone reveals a somewhat similar form factor to its predecessors, sans a punch-hole cutout or notch on its inner display which corroborates to the UDC rumour.

Other than that, earlier leaks featuring the Galaxy Z Flip 3 shows, again, a similar form factor to foldable’s predecessor, but now with  a new tiny display on the exterior shell. Its internal hardware and camera capabilities are still unknown at this time. Oh, and another thing you may have noticed is its name. Chronologically, there was never a Galaxy Z Flip 2 that was released prior to this. But in favour of the foldable series’ numbering system, Samsung is said to have skipped a number for the clamshell smartphone. This isn’t the first time the brand has done this, as it previously allowed its Note series to skip a number and jumped straight to the (now infamous) Galaxy Note 7. 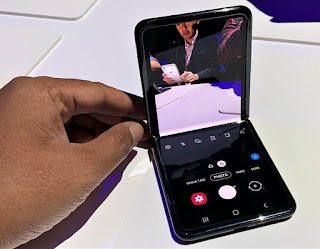 The lack of viable information also applies for the upcoming smartwatches, especially the Galaxy Watch Active4. In the Galaxy Watch4’s case, sources claim that it will be offered in two sizes: 42mm and 46mm, which comes with 240mAh and 350mAh batteries with 5W charging respectively. Aside from the usual features and health tracking capabilities from its predecessor, both versions of the Galaxy Watch4 was initially rumoured to come with blood glucose monitoring. However, a more recent report from a South Korean source suggests that Samsung might not proceed with this addition. As per Samsung and Google’s announcement during the latter’s I/O keynote, it is highly believed that the new Galaxy Watch4 and Active4 will drop the brand’s Tizen OS in favour for the newly introduced version of Wear OS. 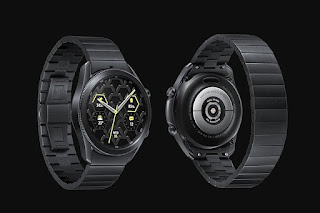 With the tipped launch and release date still more than a month away, it’s possible that we might not hear an official word from Samsung anytime soon. On a somewhat related note, earlier rumours hinted that the supposed event was originally to include the unannounced Galaxy S21 FE as well. But that may seem unlikely, as newer reports are claiming that Samsung has delayed the phone’s production – which the brand itself seemingly denied.
at June 18, 2021
Email ThisBlogThis!Share to TwitterShare to FacebookShare to Pinterest
Labels: and, August, Foldable, Galaxy, in, Launch, New, Phones, Samsung, Smartwatches, Tipped, to