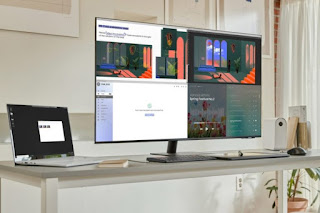 Samsung announced its Smart Monitors back in November, and brought them to our shores in December. Now, the company has announced additional sizes for them, on both the larger and smaller ends.
Starting on the larger end, Samsung has announced a 43-inch M7 Smart Monitor. Like the existing 32-inch model, this comes in UHD resolution, with support for HDR10. The company did not detail what else it has. That being said, it’s probably safe to say that it has the same features as its smaller counterpart. 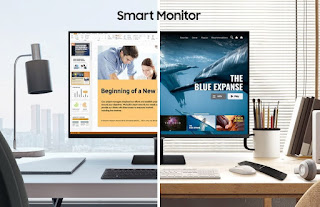 It’s much the same story with the new size for the Samsung M5 Smart Monitor. Previously coming in at 27- and 32-inch models, the company has announced the addition of a 24-inch model. For its specs, the company only mentions a Full HD resolution. But since it’s of a smaller size, it’s also likely that it will be available at a lower price point.

Speaking of price, Samsung did not include the prices of the two new Smart Monitors in its announcement. But for context, the current 32-inch M7 launched with a price of RM1999. The 27- and 32- inch M5 models, on the other hand, launched with price tags of RM1299 and RM1099 respectively.