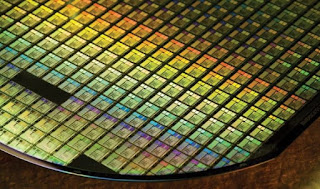 As if the global pandemic isn’t enough, Taiwan’s chip industry is facing the worst drought in the island’s history. The government said it would tighten water rationing in major chip-making hubs Hsinchu and Taichung from 1 June onwards if there isn’t significant rainfall by then, Reuters said.
The production of chips requires astounding amounts of water. And as the island produces a good chunk of the world’s semiconductor chips, we may be looking at further supply disruptions down the road.

Taiwan’s economy ministry would require companies in the two aforementioned hubs to slash water consumption by 17% if rain doesn’t come. Illustrating the seriousness of the crisis, reservoirs in the island’s central and southern regions now sat below 5% of capacity, the ministry said.

The drought has also caused two major islandwide blackouts in less than a week, as the country’s hydroelectric plants are obviously affected by the lack of water.

TSMC, the world’s largest contract manufacturer of chips, has factories in both Hsinchu and Taichung, but told Reuters that it had seen no impact on production. The company said it would continue to cut its water use and compensate by buying supplies from tanker trucks for some foundries.

The tech and automotive industries have seen crippling production delays due to a global shortage of chips. It’s unclear how or if the drought in Taiwan will exacerbate the ongoing crisis. But TSMC itself expects the shortage to last throughout this year and potentially into the next.