Japanese Companies Planning To Develop A Data Centre In Space 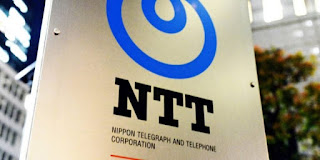 Data centres such as those owned by Google and Microsoft are known to use a tremendous amount of energy for processing information. This in turn usually leads to a high number of carbon emissions which increases the risk of climate change, especially with so many of these facilities available around the world.
Realising this, Japanese telecommunications company NTT (Nippon Telegraph and Telephone) is partnering with local broadcasting firm SKY Perfect JSAT Holdings to develop a solution that will hopefully eliminate the issue from the face of the Earth, literally too. Both companies aim to launch a satellite system that can process and store data in space by 2025, with hopes for it to be fully operational in 2026.

According to a report by Nikkei, each satellite will be equipped with computing functions and connected by NTT-developed IOWN (Innovative Optical and Wireless Network) communication technology to act as a pseudo data center. The system will gather a wide range of data from Earth, process and analyse them, and then send back only relevant information. 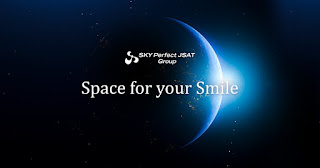 NTT says that the satellite network, combined with its IOWN tech, enables for reduced exchange of massive data between space and earth, therefore speeding up its transfer process. It is also claimed to reduce power consumption to one-hundredth of what it is now, and will also contribute to decarbonisation efforts as the electricity used for data processing originates from solar energy. Both NTT and SKY Perfect JSAT are hoping to operate hundreds of these satellites in the future.

The idea of utilising space infrastructure for data preservation isn’t entirely new. As we previously reported in October of last year, Microsoft launched its own off-planet data processing system known as Azure Space. However, unlike the two Japanese companies, the US-based tech giant’s satellite network aims to provide fast and easy access to its Azure cloud computing solution for customers, especially those in remote locations.

With projects such as SpaceX’s Starlink and those mentioned above, companies are literally taking data processing to greater heights. Perhaps it’s time to update the term “cloud computing” to something more relevant, now that it has reached to the realm of infinity and beyond.

at June 14, 2021
Email ThisBlogThis!Share to TwitterShare to FacebookShare to Pinterest
Labels: A, Centre, Companies, Data, Develop, in, Japanese, Planning, Space, to